From Rally Student to Rally Sprint Competitor: Making the Jump

There is always room for improvement. Even the most accomplished drivers in the world are constantly looking for the next step in their driving education. At Team O’Neil, all of our courses are designed to help students of all skill levels progress their driving skills and expand their knowledge of car control. Many of our students intend to take the knowledge and training they have received from Team O’Neil and apply it to competing in rally events. Team O'Neil is dedicated to supporting these students through their transition from rally school student to rally competitor.

Enter Vivian Campbell. When he is not sliding around at the rally school, Campbell is a guitarist for Def Leppard and has performed with a wide variety of accomplished rock bands throughout his career including Thin Lizzy, Dio and Whitesnake. Campbell first came to Team O’Neil in the late fall of 2020 for our five day rally school. He returned several times throughout the winter to repeat days 3, 4 and 5. Over the course of the winter, his determination, willingness to learn and extensive time receiving instruction from the Team O’Neil instructors yielded impressive results behind the wheel. Campbell had been bitten by the rally bug and wanted to apply his education from Team O’Neil to rally competition.

The team encouraged Campbell to sign up for a New England Region SCCA Rally Sprint held on the Team O’Neil property. Rally sprints are fantastic events for amateurs and professionals alike. Whether you are testing for a full on stage rally or getting your feet wet in the sport, rally sprints are hugely beneficial.

After signing up for the “Hoon in June” Rally Sprint June 13th, 2021, Campbell needed a rally car. For just such an eventuality, Team O’Neil has a log booked and competition ready bug eye Subaru Impreza WRX available for rental, but with a twist. Team O’Neil’s WRX has said goodbye to the factory issued turbocharged flat four in favor of a 3.0 naturally aspirated flat six from a six cylinder Outback. The torquey power plant combined with rally tuned Öhlins suspension makes it an ideal set up for the technical Team O’Neil roads. Along with the car, Team O’Neil provided one of our most experienced mechanics to keep the car running in top form throughout the event. 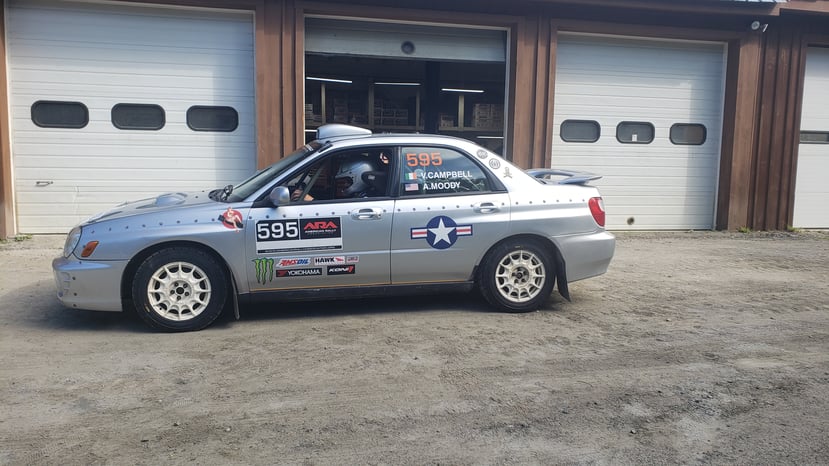 At the heart of this operation was Alan Moody. Moody has competed in a wide variety of motorsports and has been with Team O’Neil for almost 10 years. Moody was Campbell's and assumed the important role of Campbell's co-driver. Moody was responsible for delivering stage notes to Campbell to alert him to what corners and hazards were approaching throughout the different stages. Moody also coached Campbell through the process of competing in an actual rally event throughout the day.  In addition to Moody, the man himself , Tim O’Neil worked with Campbell to share his immense knowledge and experiences, supporting him leading up to and throughout the event. 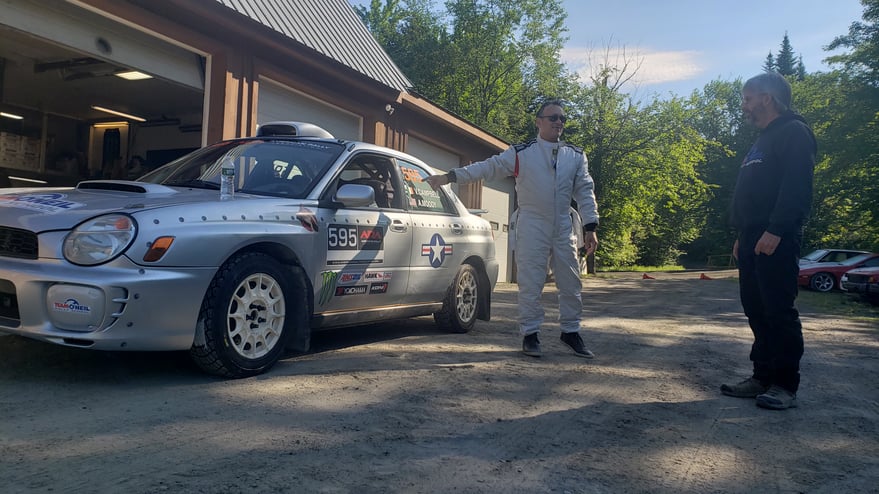 Between Moody and O’Neil, Campbell received the necessary coaching to make the leap from a rally school student learning about car control to being a competitor and applying these principles to competition. Moody and O’Neil provided personalized instruction to Campbell to make sure he was able to maximize his performance and help him understand the importance of operating within the limits of the car, the limits of the road, and Campbell’s own limitations as a driver. 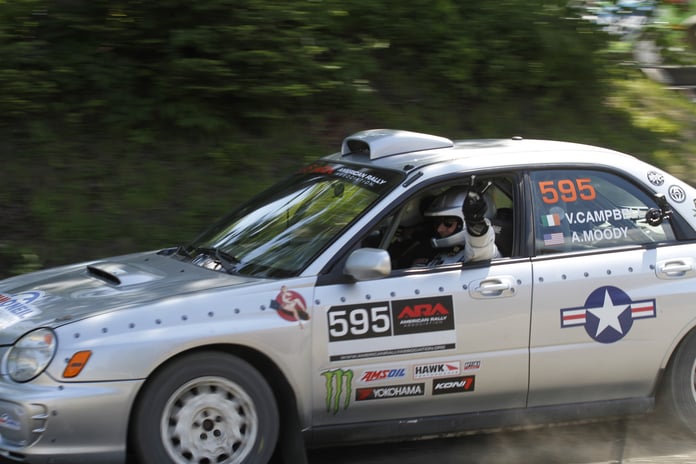 After a full day of driving clean and consistent, Campbell and Moody took first place in the open all wheel drive class and fifth place overall in a field of 22 teams. A huge accomplishment for his first competitive event. “It’s the most fun I’ve ever had in a car,” said Campbell. “I’ll be back to do the next one”

Campbell’s experience shows you don't need to be a naturally gifted driver or have extensive experience to compete in and potentially even do really well in a rally event. With the support of Team O’Neil, a willingness to learn and the desire to excel, Campbell not only saw success but also had a unique, and valuable experience. For students wondering what is the next step after our Rally School, take Campbell’s story as an inspiration. We hope to support you in your first event! Stay tuned for more on Campbell’s story including the preparation for competing in his first full stage rally!

Take your first step and join us at Team O'Neil Rally School: https://teamoneil.com/driving-courses/

To watch the Rock N Roll To Rally video, head over to: Team O'Neil YouTube Channel

To sign up for our E-Newsletters and updates, scroll below and enter your email.