Team O’Neil established in 1997 and have become a center to learn vehicle control, learn about and drive rally, and instill a mindset to finish a rally, all while having fun. At the end of the 2021 American Rally Association (ARA) season, a former Team O’Neil student achieved a lifelong goal of a national championship. Mark Piatkowski, number 35, after a whole season of rally became the 2021 ARA National LN4 Champion and also won the NA4 Cup. He attributed his driving success to the teachings of Team O’Neil and the mentality to finish. 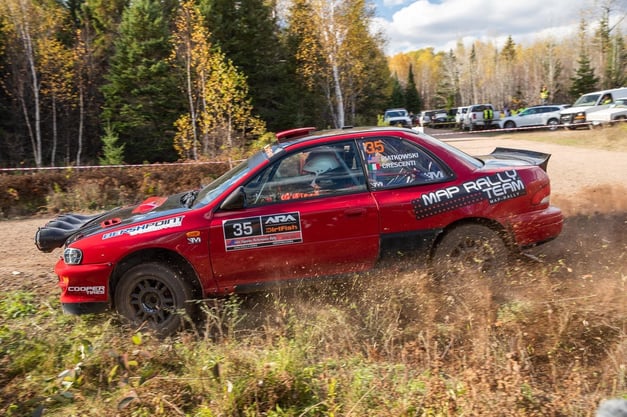 Mark was born into rally racing with his father Andy Piatkowski being a rally driver in the 1970s and 1980s. In 1992 Andy brought Mark to Mark’s first rally, STPR (Susquehannock Trail Performance Rally). Since that moment, Mark has been involved in rallies. At 14, Mark did his first pendulum turn. “There’s a nice rock quarry right next to my house. I did my first Scandinavian flick there, but I think my journey actually started at Team O’Neil.” In 2007 Mark received a high school graduation present to attend Team O’Neil. 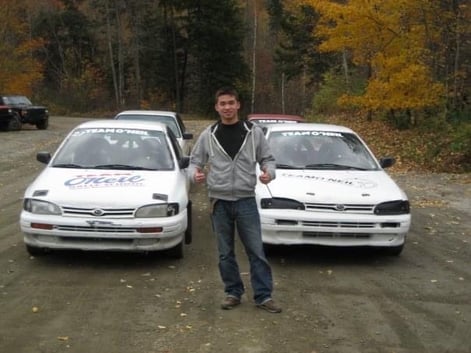 That fall, Mark attended the Team O’Neill Rally School. “The Team O’Neil facility was fantastic. I learned a lot of skills. It was actually the first time I started left foot braking.” Mark learned vehicle platforms, vehicle dynamics, and he learned to drive an underpowered car to its potential. “To add more depth to it, Tim was actually one of the instructors for my session. He taught me to use momentum and to look at my lines. Using lines, using momentum is the advantage I have at the end of the day. He taught me that and I’ve kept it throughout my career.”

Beyond driving, Team O’Neil provided knowledge of vehicle setup and mechanical sympathy, which is still part of the curriculum to this day. The mechanical sympathy class taught Mark proper setup of a rally car. “I use that ethos, prepare your car to the top of your skillset. It was all a grounding experience for me. Not only did I get to drive different cars, but I also got a little bit of competitive advice as well, along with car prep.” Upon completion, he felt more prepared as a rally driver. “It’s not just car control, but you get a holistic experience of what rally is.”

In 2008 he got his first car, it became his first rally car, a 2000 Subaru Impreza 2.5RS. Mark took two years to build this car. It was primarily stock with the modifications being a rally suspension setup and underbody protection. “All of this was done on a college budget. My whole rally career has been on a shoestring budget, and I can even say that about today.”

In 2010, Mark started off in what was then known as the Open Light Class. He emphasized the importance of having a reliable car, “It’s very difficult to have a strong foothold in the sport of rally when you’re battling mechanical issues.” Starting off at STPR and then going to New England Forest Rally (NEFR) in the same year, he won both in his class with veteran rally driver, Constantine Mantopoulos as his co-driver (Check out our Team O’Neil Story video on Constantine and his son, Aris’s visit to Team O’Neil: click here). “That was the starting years of my rally career. I had a great co-driver, a very reliable car, and the results helped as well.”

By 2013, he won the Eastern Regional Rally America Championship. He felt he achieved a good amount of success with that car. Mark turned to his father for advice, “The best time to sell a car is when it does well, because people assume that it’s the car doing the job and not necessarily the driver or team behind it.” The car was put up for sale and sold within 48 hours.

The next step was the Super Production class. Mark purchased a rally prepped 2004 Subaru Impreza WRX STI. “Looking back, that was the demise of my Super Production days. I could barely afford to buy the car, let alone, race it.” To the readers, “The car cost is one thing, but it’s really the prep, the maintenance, the running cost required to properly run a car that I don’t think a lot of people realize until they’re like five feet deep into it.” With the higher-powered machine, it required more maintenance. “I remembered dumping so much time and energy into the car, the prep, that I was not enjoying the driving.” In 2015 at NEFR Mark had an accident where the vehicle rolled into a series of trees ending his Super Production class campaign. 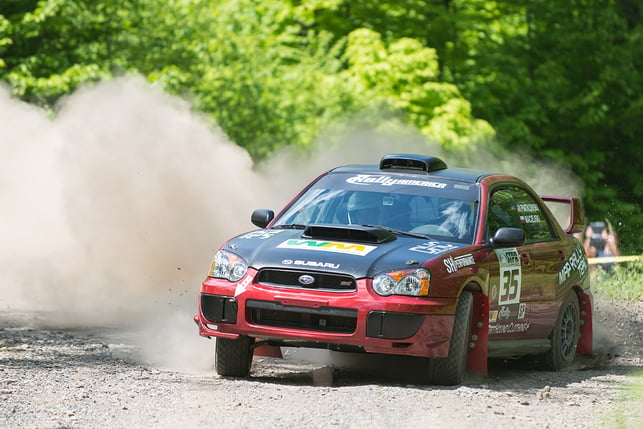 After the accident Mark did some thinking, “I want to rally and have fun again.” He knew the NA4 class (Open Light), so he built a car of that class to his spec. The car debuted at NEFR 2017, a 1999 Subaru Impreza 2.5RS. It kept the ethos of reliability, easy to maintain, and fun to drive. “In the end I’m doing it because I love to rally.” 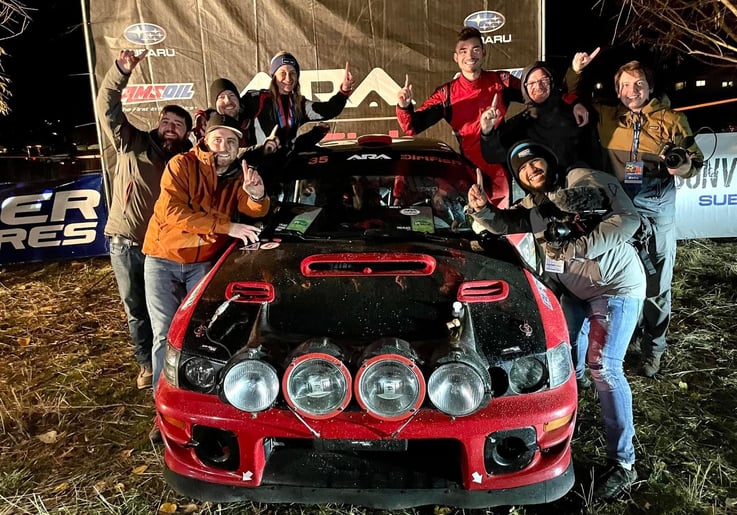 “Anybody who is looking to get into rally. If you’re looking at it from a performance standpoint, go to Team O’Neil. You’re going to learn more than car control. Skills that I learned back in 2007, I still use till this day. People want to try rally, but don’t necessarily know which car to choose, which platform to use. Team O’Neil provides an excellent base to try out different cars. I know that the folks there are very experienced. Unlike any other rally school in the nation, Team O’Neil has real roads. Those are real roads you’re able to practice and hone your skills on. The folks behind the program are really passionate about it. I highly recommend people to do it. I’m really glad I got to go to Team O’Neil, it gave me a great foundation that essentially ended up with me winning a national championship. All thanks to the skills I gained from Team O’Neil, so I’m really proud of that as well” - Mark Piatkowski

At Team O’Neil we train our students to have the skills and mindset to finish a rally. Mark’s 2021 season echoed the mindset to finish. “I’ve used that mindset (finish the rally), with a reliable car. You won’t be able to do that without a reliable package, a stout package. There are folks who get into rally, wreck a car, and they’re out. I’m here for the long run and that is also an approach that Tim personally taught me, ‘make sure you finish, but you’re in it for the long run.’”

If you'd like to share your Team O'Neil story with us, please submit it here: Your Story

If Mark's story has you interested about Team O’Neil and what we do? Check us out here: Team O'Neil