Spectating a Rally for the First Time

What activity has elements of a car show, hiking, backroads, adventure, and watching high octane machines throw dust, dirt, and debris as you try to get as close as possible to capture the perfect shot?  Spectating a Rally.  It is more than just watching race cars fly past you one time in the woods, it is active and adventurous.  Some people spend weeks to months in advance doing reconnaissance, scouting out the best places, planning their journey of how they will go from stage to stage to see the most action, have the most fun, and get the best photos and videos.  Others will show up to Parc Expose for their first rally spectating experience with no plan and see where the action takes them.  New England Forest Rally (NEFR) was my first Rally ever and here is my journey. 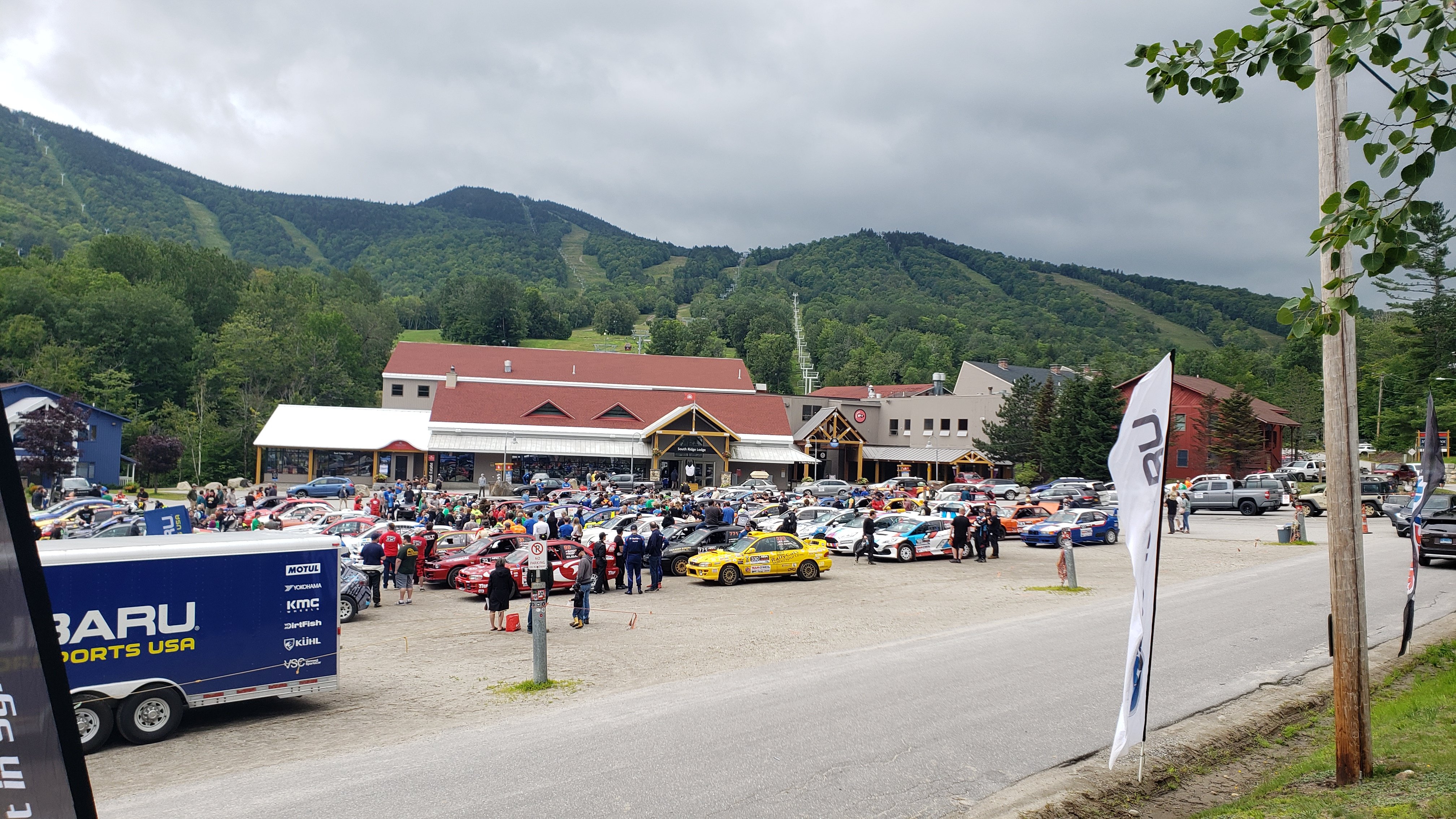 I’ve never been to a proper stage rally before, even looking at the provided spectator guide was overwhelming to me.  In my head I assumed all the stages were close to each other and spectating wouldn’t be too difficult to figure out logistically.  On the morning of the opening day, spectators would arrive at Parc Expose.  Parc Expose or Park Open is a dedicated time for fans to meet and greet with drivers, teams, and vendors.  Before any of the competitors had their cars in Parc Expose, spectators were on site purchasing event merchandise from the vendors.  There were close to 100 who had optioned for, paid, and reserved their spectating journey through the Rally Bus.  First piece of advice, if you are looking to get the most stage view with the least amount of logistics work this would be a great option.  Seats on the bus need to be reserved in advance, as on the day of, this option is no longer available.

Parc Expose is a great way for fans to see the cars up close and interact with the teams.  At NEFR the first two stages are Concord Pond.  If you wanted to spectate the stage, you’d need to leave well before the competitors left Parc Expose and head to the stage.  Some advice given to me was, try to be on stage an hour and half before the competitors arrive.  This will give you time to find a place to set up and spectate.  For me, I missed this window, and since stage 1 and 2 were a repeat, I was not spectating.  So I optioned to wait and watch from the service park. 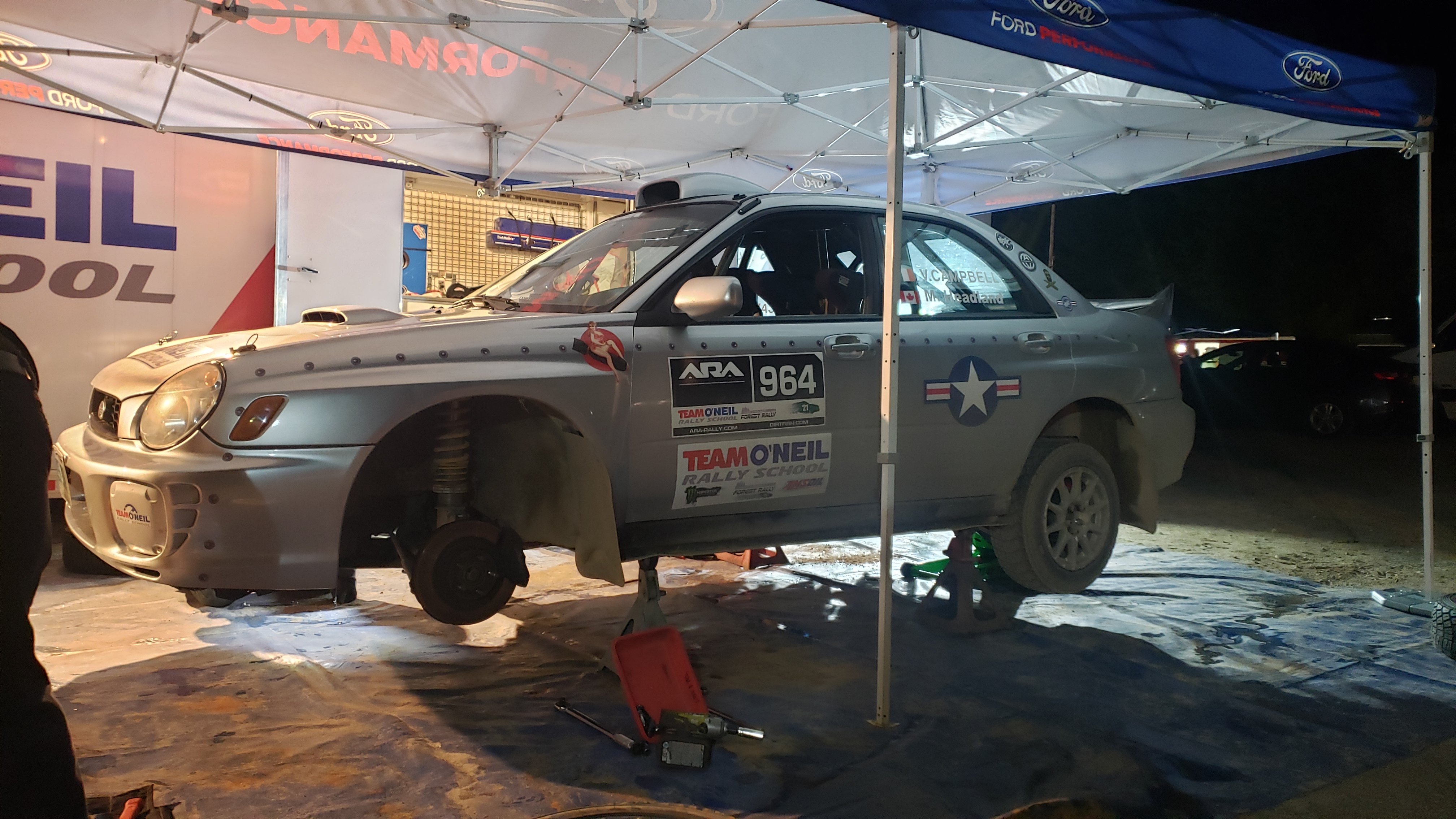 My day 2 allowed me to get out onto rally stages.  I had no idea where I was going, but some advice was, follow the Rally Cars north to the Saturday Service area.  There I could reference myself to the spectator guide and orient myself to the spectator stages.  So I left Parc Expose and followed the black and green Fiesta of Motley Motorsports.  I quickly became worried about fuel.  I had no idea where I was going, if there were any gas stations on the way, and how long this was going to take.  My advice, make sure you have a full tank of gas, for getting lost.  I had the spectator guide, and my phone was able to at least show me where on the map I was.  After doing some orientation, I sorted myself out and found the second stage of the day.  I couldn’t get on the stage to spectate corners and jumps, but I was in time to watch teams arrive from the first stage of the day and launch.  Note: do not follow rally cars aimlessly trying to get onto a stage, this won’t work well and you’ll get in their way. 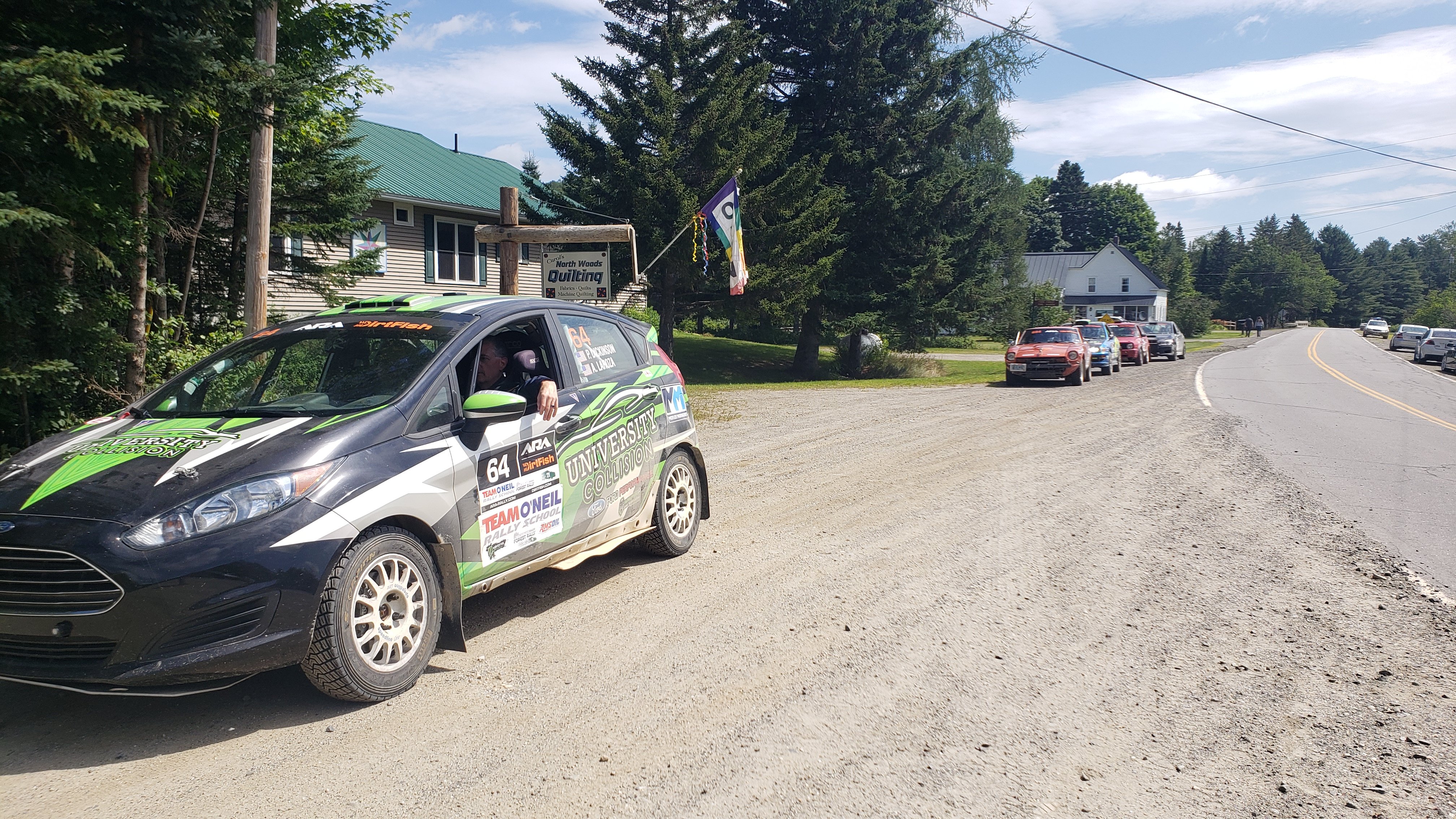 The stage I was trying to make my way to didn’t even start for a few hours as it was the first stage after the mid-day service.  A couple of first timers recognized my Team O’Neil attire and asked me about the next stages.  I told them if they were looking to spectate, the next best stage was Fish Pond.  Part of the spectating adventure is making friends or acquaintances, engaging with the community, and finding your own journey. 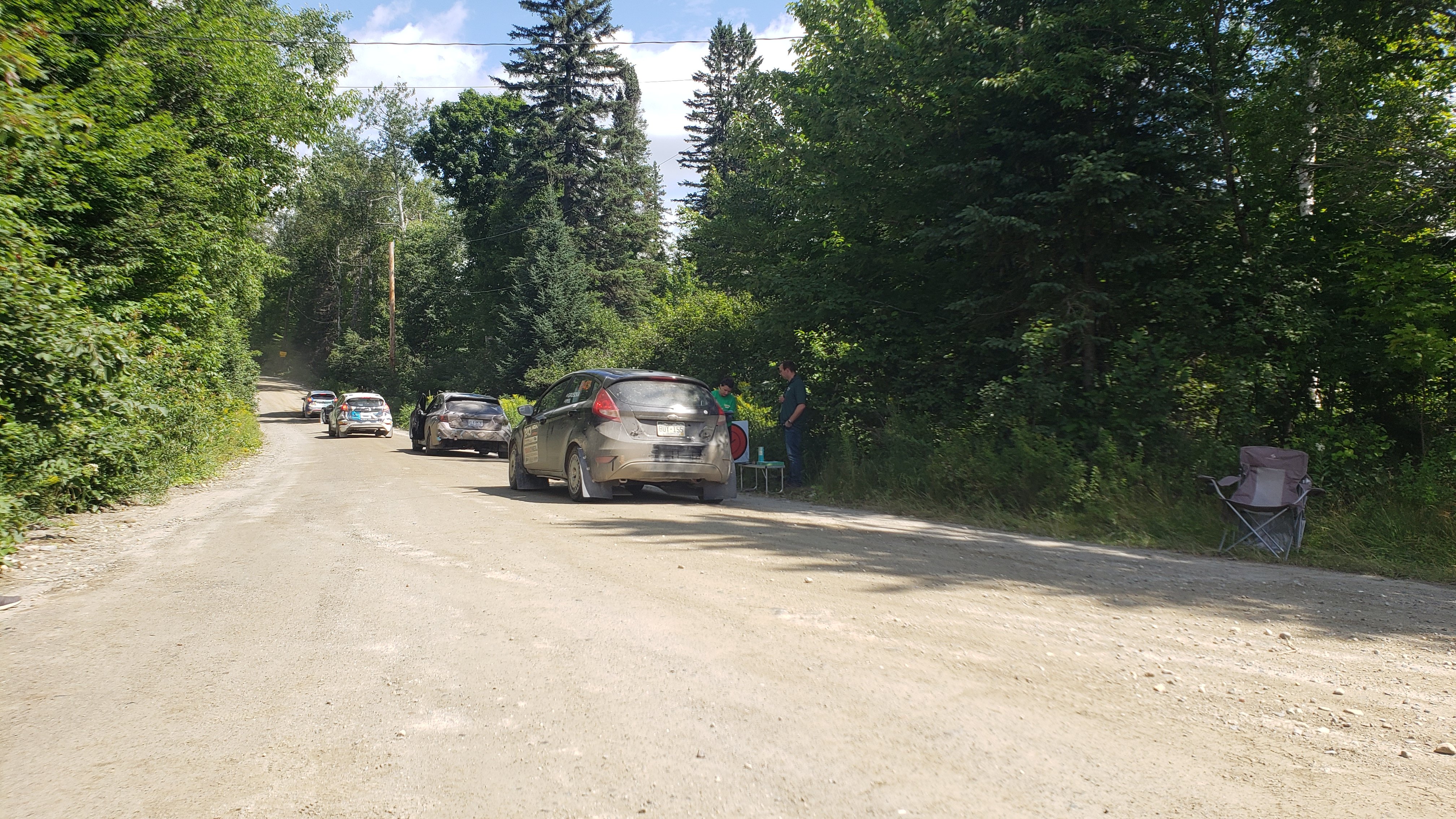 I drove down the road and arrived at Fish Pond Road.  There were already cars parked on the side of the road and people were either leaving the stage or arriving at the stage.  This was my first time spectating, so I grabbed my pack and prepared for my hike.  Other spectators have done this before so they drove further in and found places to park, others rode in on motorcycles, some on bicycles, and of course the majority walked in. 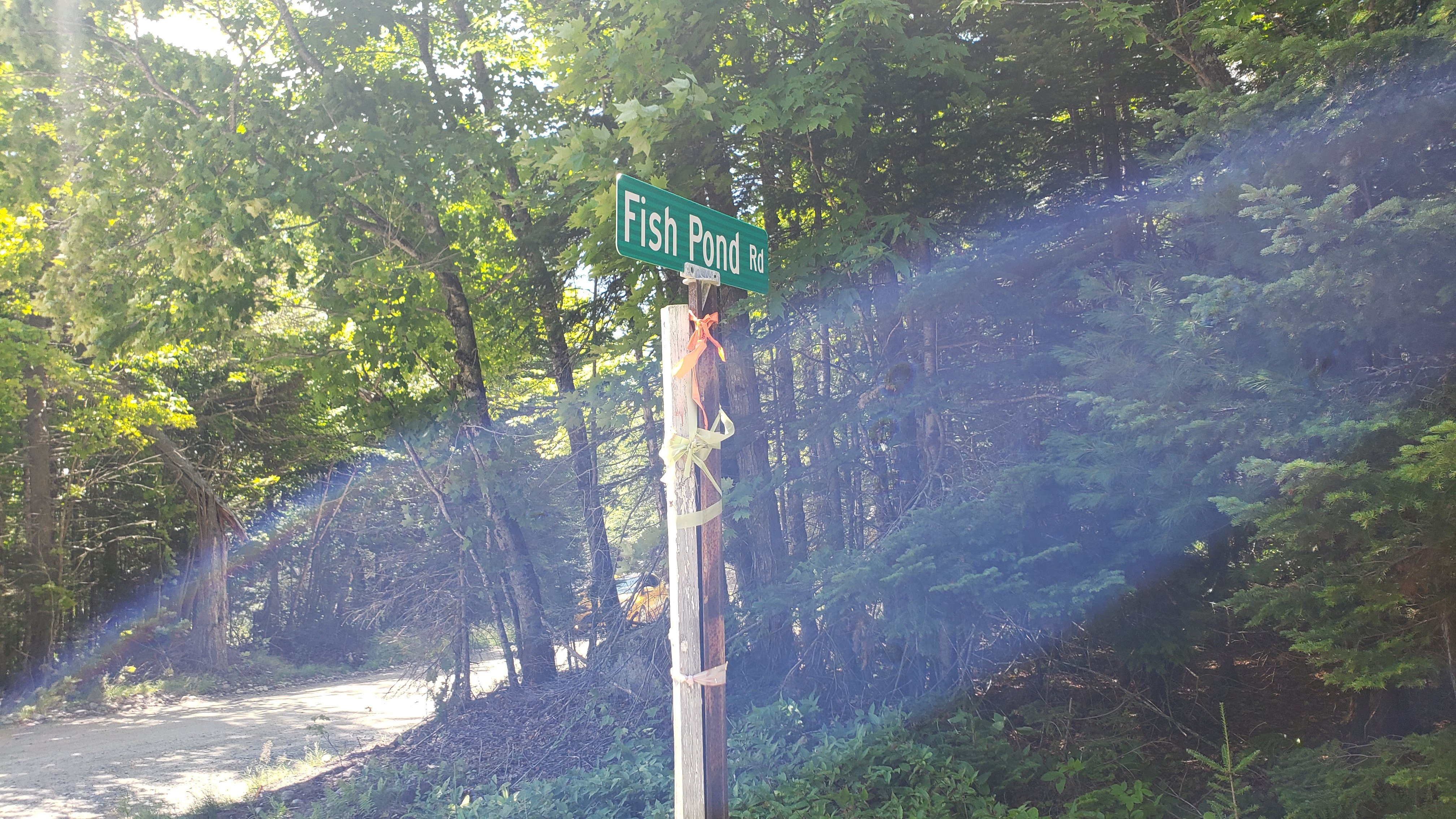 As I hiked in, I would often look at the grade of the road, the camber of the road, the angles of the corner which followed next and how the road preceded the section I would spectate in.  I wanted a location where I could get a long view of the cars traversing through a corner, but I also wanted a view of cars coming into my section from another corner.  After going back and forth on deciding where I would set up, I found a nice location.  In sequence, the cars would enter from a left over crest, come through a short straight section, setup to dive into a left-hand corner that leads into another short straight into a right over crest.  This was the spot, I took out my gimbal and did some test shots.  When looking for a spectator location, be aware of your own personal safety.  Refer to spectator guides and ask volunteers for safety advice. 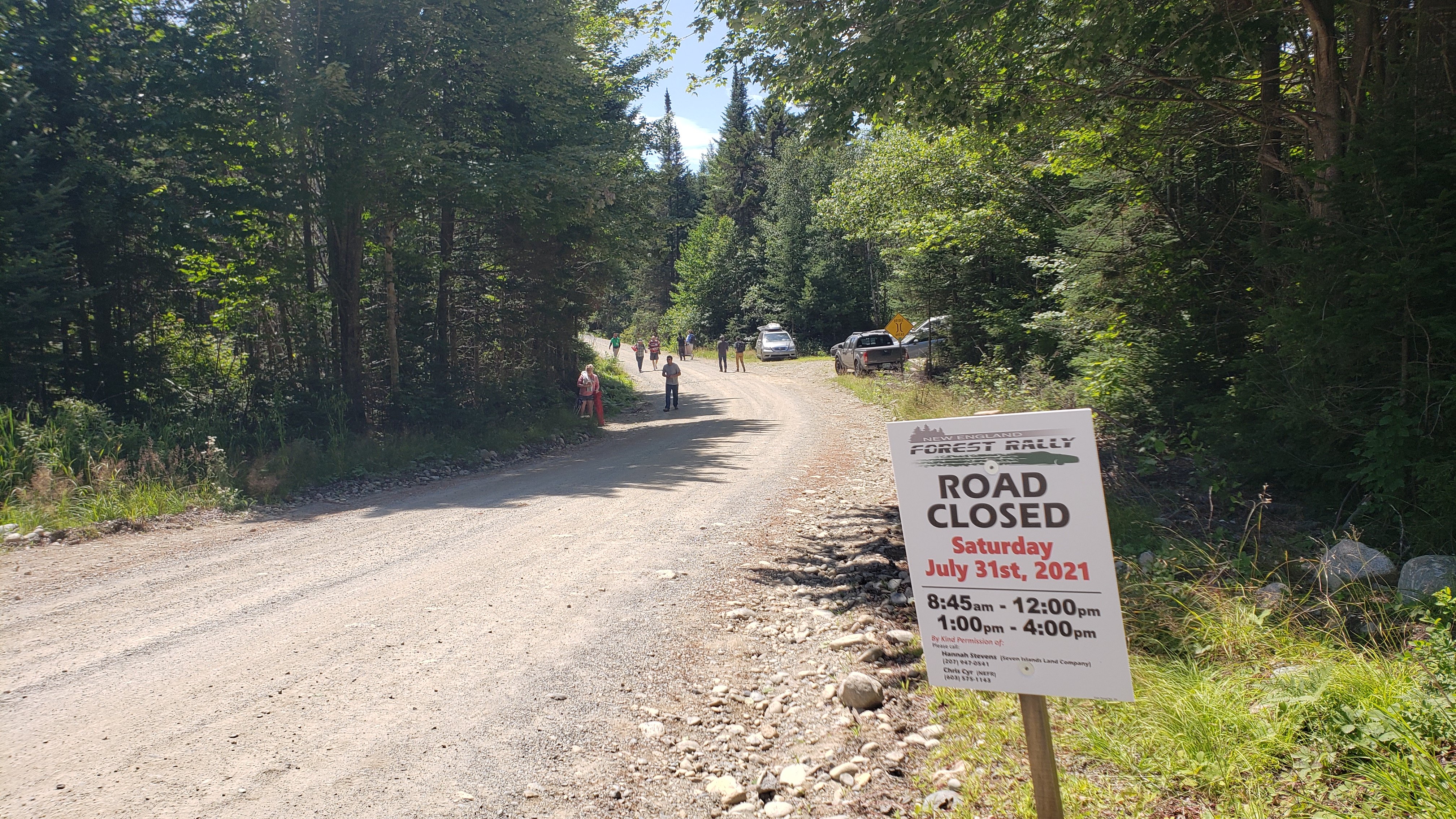 Across from me was another small group.  I walked over, introduced myself and started having a conversation.  A young couple were into shooting action sports, while the other two guys have been shooting rally for years.  One of the best parts of this was getting to meet this group and having conversation.  I learned this group didn’t know each other prior to this rally.  The two gentlemen had just met each other the day before and the couple just met them on this stage, yet everyone was welcoming and even willing to share beverages with me (I kindly declined).  Once the course opener came through, I sprinted across back to my location.  Within 8 minutes, I could hear the cars coming and the excitement got even more real.  This was going to be my first time witnessing rally cars, going at race pace, on a true rally stage, in person.

Coming sideways, the nose of the car tucked to the inside of the corner, with a cloud of dust behind it was a purple proper built rally car with big aero, reminiscent of what I’ve seen in WRC videos.  Barry McKenna’s Ford Fiesta WRC zips through from the first corner, flies down a short straight, resets the car into the center of the road.  The road apexes right in front of me into a left-hand corner and as he approaches the apex, he dips the car back towards the inside, following the camber of the road, allowing the road camber to assist in clearing this corner.  The rear of the car gets light and as he exits the corner, the weight transfers, aligning the vehicle into the next straight section.  In my head I can imagine the next line he would take into the next corner going over crest, but all I see next is a ball of dust, and then a huge dust cloud settles into the area. Once the top 5 names have gone through, don’t leave.  For one, the road is not open to walk yet, and some of the best competitions are yet to come.  By the second half of day two, teams are fighting to climb into or keep their respective podiums, all the while trying to keep their vehicles on the road and functioning to finish the entire rally. 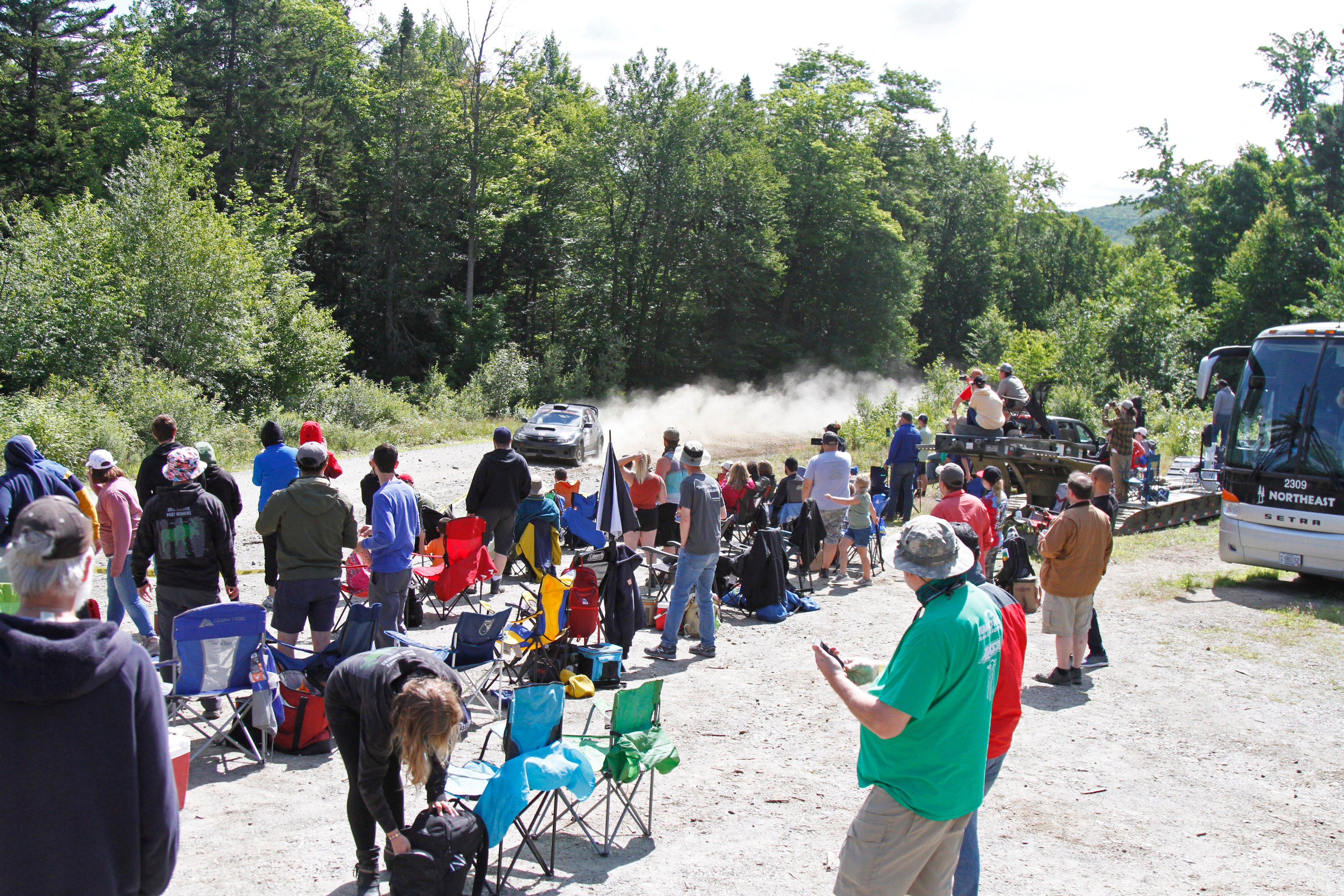 As the final car passed and the sweep car came through, everyone packed up and began to leave.  It’s very similar to a fireworks show.  This was a great experience.  I followed a rally car from Parc Expose to the Saturday Service Area, landed at a random stage, watched some cars launch for the stage, talked to people who were first timers and people who’ve been doing this for years.  Watching rally cars fly by one time through one corner was a great experience and the entire activity of spectating a rally was truly a unique adventure. 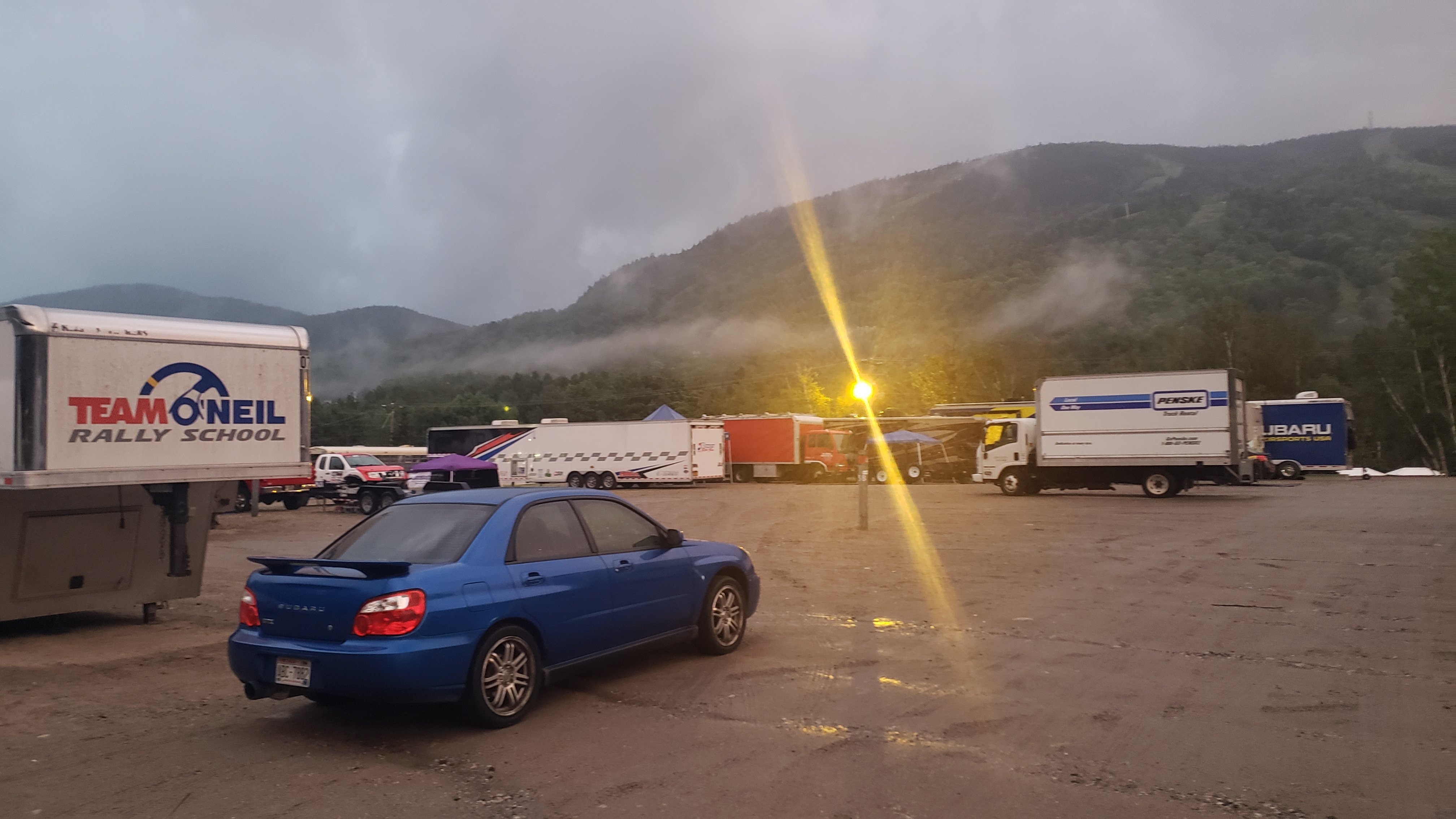