August 11, 2021
At Team O’Neil we are dedicated to being your ultimate resource for vehicle control.  One of the most important aspects to delivering you the best training tools is our Team.  This week we highlight Brent Trail.  Coming off a busy week, I got a chance to sit down with Brent and chat.  We discussed where he was from, how he ended up at Team O’Neil, his passions, things he enjoys at the rally school, and a couple of words for those looking to improve their driving.

Brent Trail has been an instructor at Team O’Neil for 10 years and he is currently the Lead Instructor.  He’s originally from a little area in the mountains of Virginia known as Bedford.  In 2008 Brent attended a 4-Day Rally School to better his vehicle control and fell in love with it.  In 2012, Brent got in touch with Tim and the rest is history. 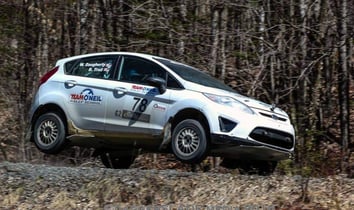 When Brent first started in motorsports his vehicle was a 1991 Honda CRX, which he still owns.  He competed in autocross and rallycross with the CRX.  For those of the CRX following, Brent is your guy.  Back in 2009 he competed at SandBlast Rally in South Carolina with a Volkswagen Golf.  The love of driving and driving fast doesn’t stop at rally as Brent also enjoys driving go-karts and formula car racing.  Including kart racing, Brent has competed in over 50 motorsports competitions. 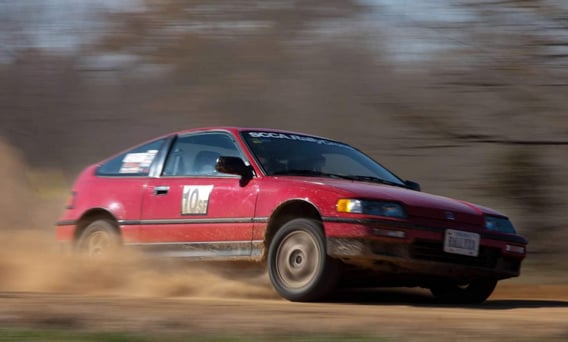 I had asked Brent from our fleet of cars at the Rally School, which car was his favorite.  Brent answered, “It would have to be the BMW E46.  Specifically, the red one we have out there.”  It was interesting to see Brent choose a rear-wheel drive, despite his philosophy of driving smooth, “Rear wheel drive here is, as we say, smile per mile.  You’re constantly in an oversteer and that’s what I love as an enthusiast.  It's also the hardest to drive the smoothest, and I love the challenge of that.” 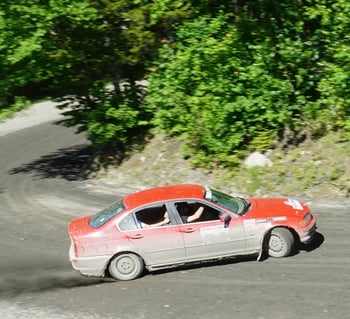 Outside of driving, Brent’s other hobbies and passions are still racing, but a more physically demanding kind of race, trail running and obstacle course racing.  Brent in his younger years ran cross country, but his love for motorsports took him from legs to wheels.  Eventually, his competitive nature would bring him back to running, but in the form of obstacle course races.  If you’re not familiar this would be events such as the Spartan Race, Tough Mudder, etc.  Despite the differences in the activities of being in a car or competing with his own body, Brent applies many of the same fundamentals taught at the rally school to running.  “It’s interesting there’s a lot of similarities such as looking for grip, keeping your eyes moving, and selecting the proper shoe/tire choice.  Any time you’re on a loose surface, whether driving or running, those things go hand in hand.”  It was funny Brent said this, because I road run on the daily and have noticed since my time going through the Rally School, I’m constantly looking for the best surfaces for my footfall and lines to take when I come through tight turn sections. 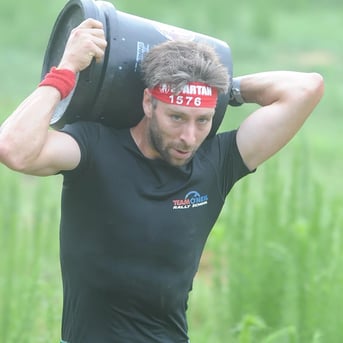 For our viewers, readers, audience, students; past, present, and future, we hope sharing our team will be a great way for you to know us on a more personal level.  If you are out here and share similar interests as us, feel free to have that conversation.  For those deciding to join us in the future, here's a message from Brent, “Look us up on YouTube, follow our social, visit us at teamoneil.com, be open, be humble, and trust the process.”  We look forward to delivering more from our team to you.

A driving philosophy of Brent: “Drive without emotions, smooth is fast.”

If you're ready to come out and meet our team: