One of the stories for Testimonial Tuesdays comes from New Zealand. Previously we had a story from Luis King who rallied at Rally Otago. At this same rally he met Rob Saunders. Rob told Luis's wife about his Team O'Neil experience and it led to Luis making the trip from the Philippines to Team O'Neil.

This is Rob Saunders's story. Despite already having rally school training in New Zealand and even competing in stage rallies, Rob decided to travel to the U.S. for the Team O'Neil Rally School experience to improve his rally driving. 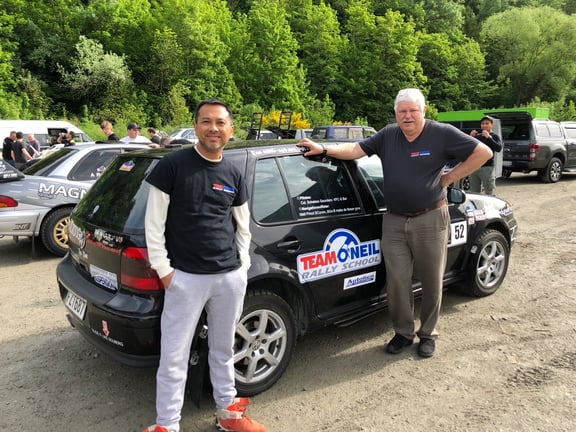 "It was quite simply the best thing I ever did in terms of learning how (and how not to) drive a rally car. I started rally driving rather late in life – at age 50 – on the advice of my doctor. I was burnt out and my doctor told me I needed to do something exciting that would develop into a passion. The most exciting thing I could imagine doing at that time was rally driving. I still remember what my GP told me: “If I could write you a prescription to drive a rally car, I would.”

After receiving that rather surprising advice, I decided to do a two-day rally school in NZ. It was pretty basic, but it served as a good introduction to the sport. We got to drive four different cars around a loop road in the forest – a FWD Mitsubishi Mirage and Lancer Evo's (2, 3, and 4). After doing the course I thought “It would be a shame to do the course and not do an actual rally.” So I got my rally license, hired a car from the rally school (and the owner as my co-driver), and did a novice rally – which we finished (albeit at the tail of the field).

After doing the novice rally, I thought “I’ve got a license, it would be a shame not to do some more events.” So I bought an old Mazda 323 rally car and entered some events. That’s when I started making mistakes and having accidents. None of them were major but they all meant I didn’t finish the event. 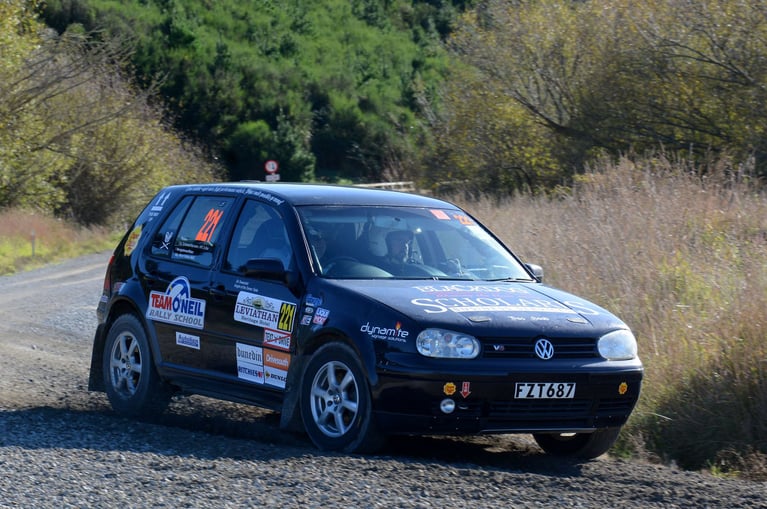 Photo by Rob Saunders: Rob driving at the 2021 Rally Otago

When I eventually did the Team O'Neil (TON) course, I was able to see what happened and why I crashed in each of these situations. If I had done the TON course earlier, I would have potentially saved myself a lot of grief and a lot of money. On the other hand, I may not have learnt the hard lessons at lower speeds and gone on to have more serious accidents at higher speeds.

So, to sum up: the TON school was the best thing I have done in terms of learning basic car control and essential rally driving techniques. I would love to go back to do more training, but I can’t afford to and Covid has wrecked international travel plans for most people.

My advice for anyone thinking to get into rally driving: Do a rally driving course! It will save you time and money! You will spend more time on the road than off it, more time driving your car instead of repairing it, and more time competing instead of trying to find money for parts.

Do something real before you get too old! Swap Dirt Rally for an actual rally car! Create some war stories to bore people with in the old folks home. Do you want to tell people “I was an accountant” or do you want to say, “I competed in X Rally”?" - Rob Saunders 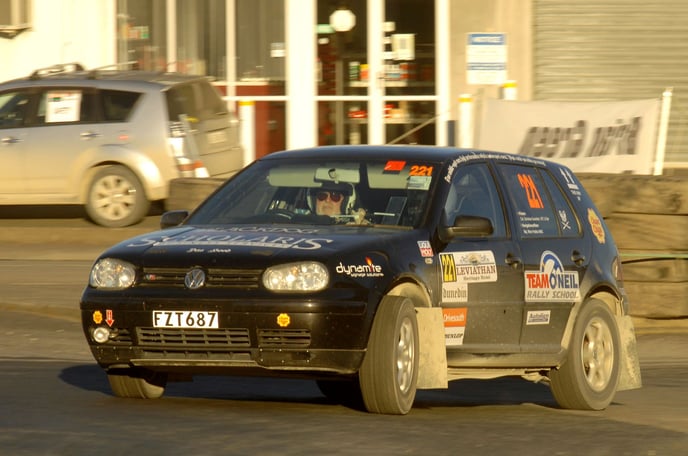 Photo by Rob Saunders: Rob driving at the 2021 Rally Otago

If you'd like to share your Team O'Neil story with us, please submit it here: Your Story

If Rob's story has piqued your interest and you want to know more about Team O'Neil check out our website here: Team O'Neil