January has been our month paying homage to the Audi 4000 Quattro of our historic fleet and coincidentally we also had the opportunity to host The Audi Club, North Atlantic Chapter, on their 24th year of using Team O’Neil facilities.  This long-lasting relationship has been built through friendship, continued support, and excellence.  We were able to catch up with members Michael Collier and Buddy Gregory to talk about the Club’s experience with Team O’Neil.

The relationship started way before Team O’Neil was officially established as a Rally School.  In the mid-80s Michael Collier became friends with the Team O’Neil Founder, Tim O’Neil.  Michael had gotten to know Tim through rally racing in the SCCA.  “I’ve known Tim from his days rallying in the Saab and then with Volkswagen.”  When Tim started the Rally School it wasn’t on the property it is on today.  Michael approached Tim to collaborate in providing a driving school for the Audi Club. “For the first two years, we held our school at the Franconia Airport.  Then he got the facility, and we moved up to Dalton.  We’ve continued to be there every year since then, at least once a year with mother nature cooperating to give us the icy conditions we prefer.”

The Audi Club runs various performance driving courses throughout the year on tarmac tracks.  Two times a year the club holds a winter driving class, taught by Audi Club instructors.  The club brings about 30 drivers and 10 instructors on each visit.  The course curriculum was designed in part with Tim, taking elements from the Team O’Neil Rally School as a foundation, but has been modified to fit the club’s training goals.  Buddy has driven on both high speed tracks and on loose surfaces and enjoys driving at Team O’Neil. “I found that the winter driving schools were, in a sense, more fun.  You get to challenge yourself at lower speeds at less money.  The important thing is a good set of tires and a well handling car.  You don’t need a lot of horsepower, a lot of brakes, and a lot of things that you might need on a high speed track.” 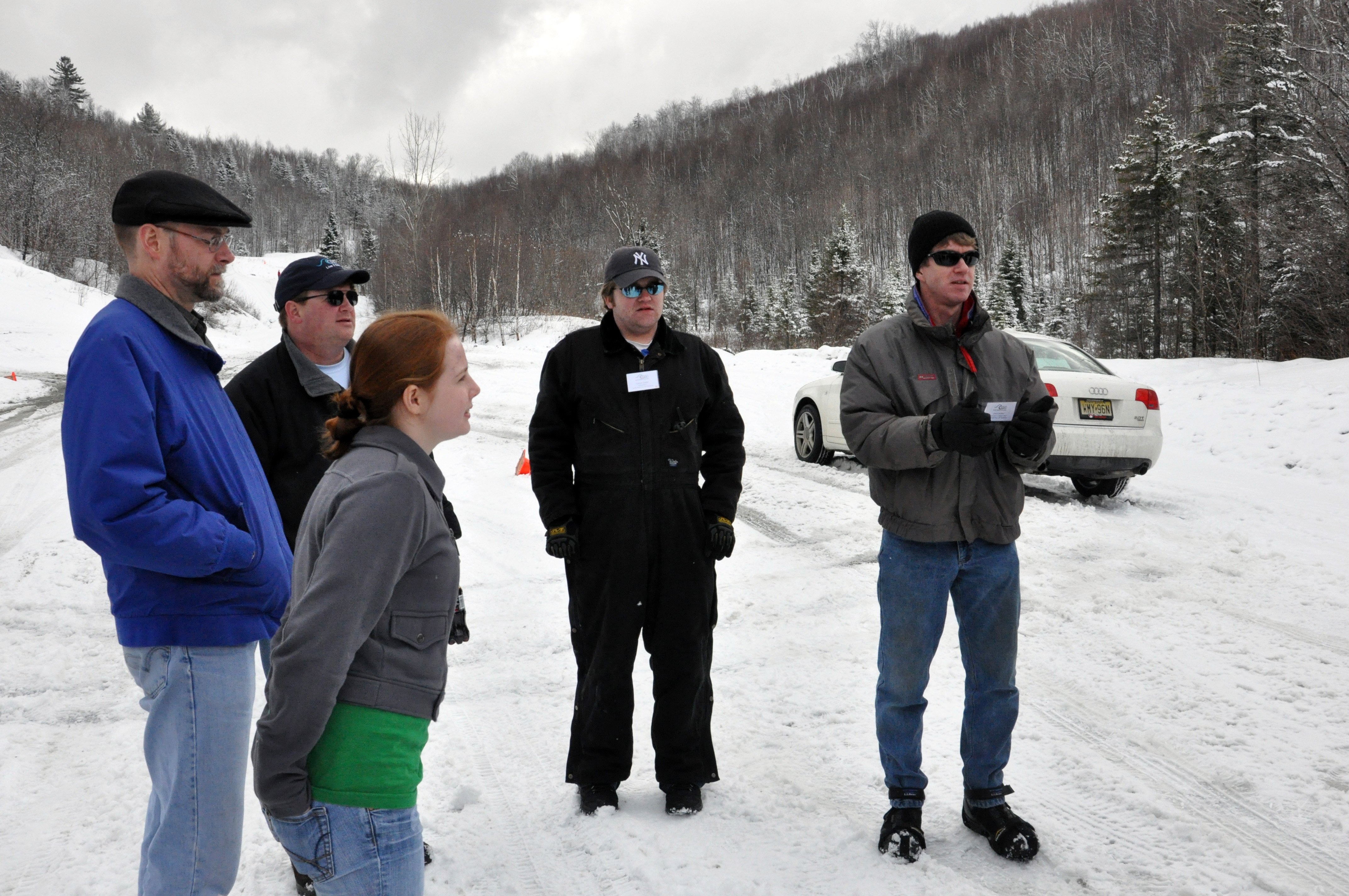 Through the years the Team O’Neil facility has been a great asset for The Audi Club.  Due to the property designed to train for dynamic surfaces and conditions.  Frozen lakes may be an option, but Buddy praised the facility for what it provides in helping to learn vehicle dynamics, “Team O’Neil provides a different environment so you get crests, so as you go down a hill, you’ll get a lightening of the car and different actions that you wouldn’t get on an ice course that’s on a frozen lake.  I find that the school at Team O’Neil is more engaging and fun to do.”

Beyond the training property Michael and Buddy agree it’s the relationships.  From developing the Audi Club’s driving class with Tim to continuing with the Team, Buddy emphasized the value of the great rapport between the Audi Club and Team O’Neil, “When you have a relationship with the group and they work with you year after year, it just feels good.  It’s the people at Team O’Neil.  In fact, I’ve personally had the opportunity, it was part of my bucket list, to do the 5-day rally school.  That was fun.  You’ve got a great group of people there, fun to work with, fun to be with, and they’re always supportive of what we’re trying to do.  That’s another aspect of why we keep coming back year after year.”  The Audi Club looks forward to many more years of hosting their winter driving course at Team O'Neil. 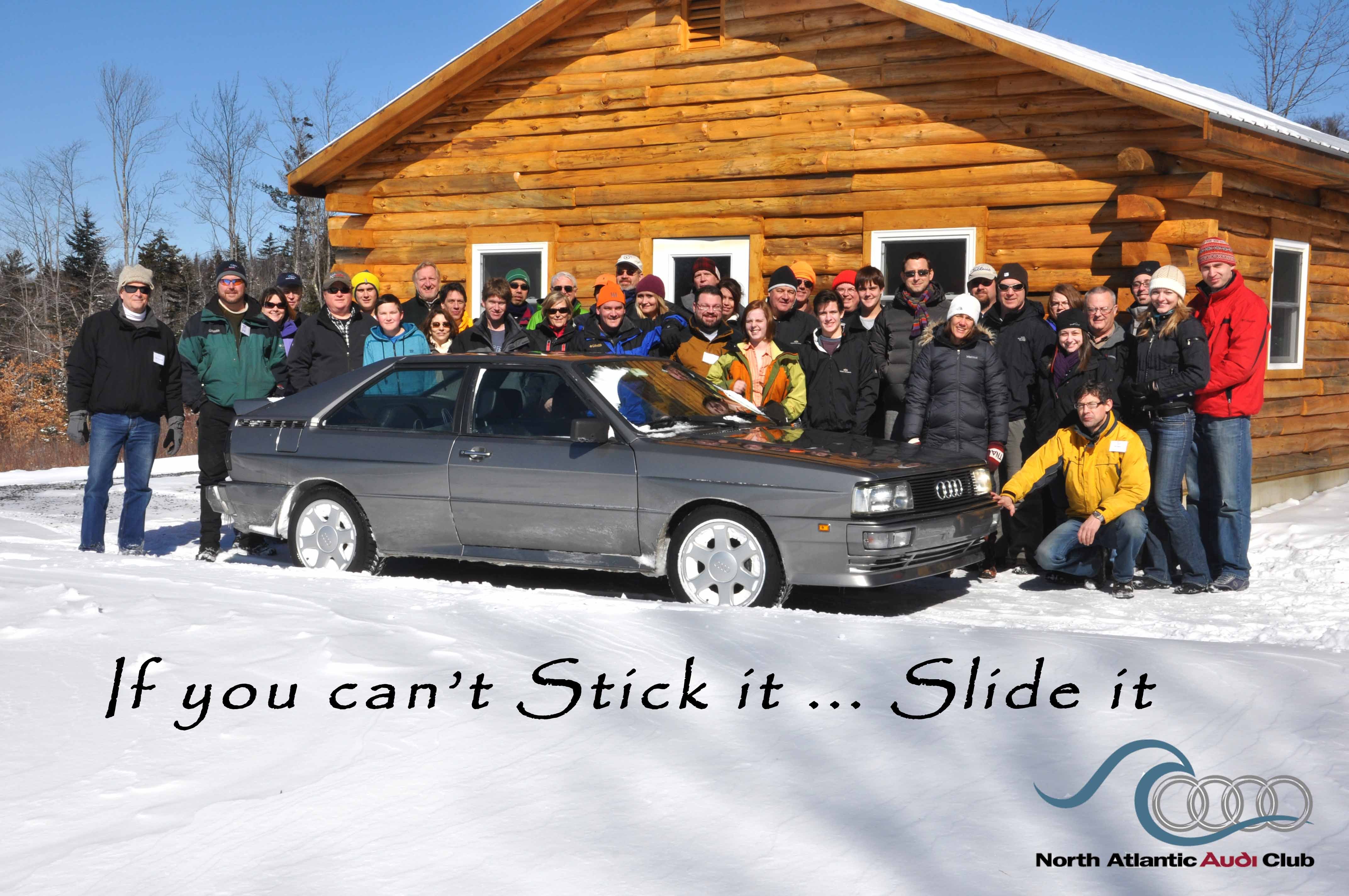 We are happy to have Audi Club be a part of our 25 years of history at Team O’Neil and more importantly to have served the Audi Club for 24 years.  We look forward to a continuing

If you have a club or group that would like to book a driving course with us, check out our groups page: Click Here

Ready to book a driving course:

Get on our E-Newsletter for latest updates, scroll down and subscribe.