Intro: To commemorate the 25th Anniversary of Team O’Neil, we want to celebrate the people, memories, experiences and unsung heroes that have made the last quarter of a century of driver training special. Amongst the many unsung heroes are the cars that have made up our extensive fleet of vehicles over the 25 years. The fleet may have changed and evolved over the years, but the cars have always provided students with diverse vehicle types to put the coaching and instructions to the road and hone their car control skills. To celebrate the cars of Team O’Neil’s past, every month of this year, we will be showcasing a car from our fleet to honor its services to the Team O’Neil students and staff. This month, we are putting the Mitsubishi Galant VR-4 in the spotlight. 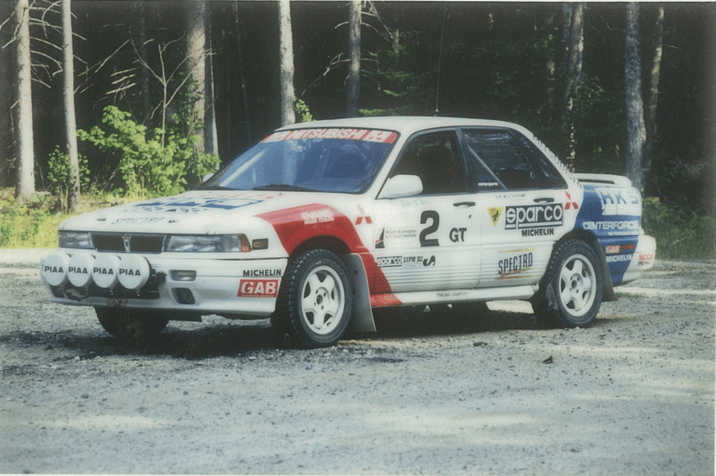 Mitsubishi Galant VR-4: The Mitsubishi Galant VR-4 was launched in 1988. Based off of the sixth generation Galant, the VR-4 was Mistsubishi’s FIA homologated platform to compete in the new Group A era of the World Rally Championship. It may not have looked as outlandish as its predecessors from the Group B days, but underneath the basic family sedan exterior, Mitsubishi stuffed in a sophisticated all wheel drive system with a 50/50 front to rear torque split and rear wheel steering, cutting edge technology back in the day. Driving all four wheels through a five speed manual box is the fabled 4G63 2.0 turbocharged four cylinder engine. The 4G63 went on to power the Mitsubishi Eclipse and the first nine generations of the Lancer Evolution. In the VR-4, the boosted inline four put out an impressive 300 horsepower (in WRC spec).

On the WRC stage, the Galant VR-4 took home six WRC overall rally victories and two third place finishes in the manufacturers championship with the likes of Mikael Ericsson,  Kenneth Eriksson, Ari Vatenen, Jimmy McRae and others behind the wheel. Its campaign in Europe lasted three years before it was phased out by the Lancer Evolution I in 1994. It was however on United States soil in the SCCA Pro Rally series where the Galant’s role in the Team O’Neil Story takes root.

Mitsubishi Galant VR-4 at Team O’Neil: The Galant VR-4 was never a part of the rally school fleet but it was one of the vehicles that our fearless leader Tim O’Neil ran in a factory backed effort to many class wins in the SCCA Pro Rally series during his career in 1992. During that season of the SCCA Pro Rally Series, Tim won the Production GT class in four rallies and took the overall victory in the Capitol Forest Stages Pro Rally with his co-driver Tom Burgess. These victories culminated in Tim taking the Production GT title that year and second place overall in the championship.

As a privateer racing back in the day, the manufacturer would supply Tim with a car and all parts needed to build a rally car but expected Tim to pay for the running costs. “I’d spend all my time building the car and traveling all round,” said Tim. “But by the end of the year, I’ve won the championship and my credit cards are all maxed out. So I end up having to sell the car to pay off the credit card so by the end of the year, I have no debt, no car, nothing but some trophies.” As a result, Tim sold all of the rally cars he competed at the end of the season so he could fund next year’s efforts. The Galant VR-4 was no exception. As luck would have it, the car resurfaced a few years ago and Tim bought it back. “To have it back, it means a lot to me,” said Tim

After a full restoration, the Galant does still race under the Team O’Neil banner but not with Tim behind the wheel. Over the past few years, the car has been driven by Pete Rizzo. Pete is a parapalegic and with Tim as his coach, has been competing in the Galant, now converted to be driven with hand controls, in a wide variety of rallies in the United States. You can read more about Pete’s story here. 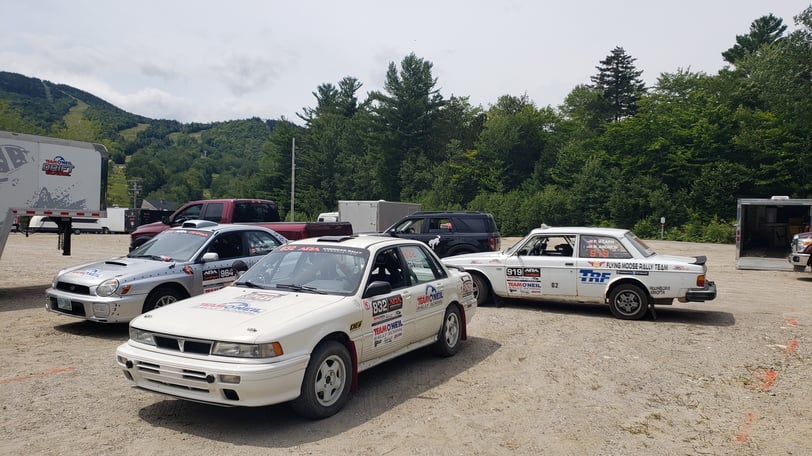 The Galant VR-4 may be special in the general automotive landscape as being the grandfather of the legendary Lancer Evolution but, for Team O’Neil, the Galant VR-4 has a different meaning. It served as one of the platforms that allowed Tim to put his skill and talent to gravel and help build the foundation that the current Team O’Neil curriculum stands on. The notion of using a production based vehicle like the Galant VR-4  to put down impressive results,  like winning the Production GT Class, is still an integral part of the Team O’Neil ethos. To this day, the cars in the Team O’Neil fleet are only lightly modified production cars. As Tim has demonstrated in the Galant and many other cars, amazing things can be accomplished in production based vehicles. 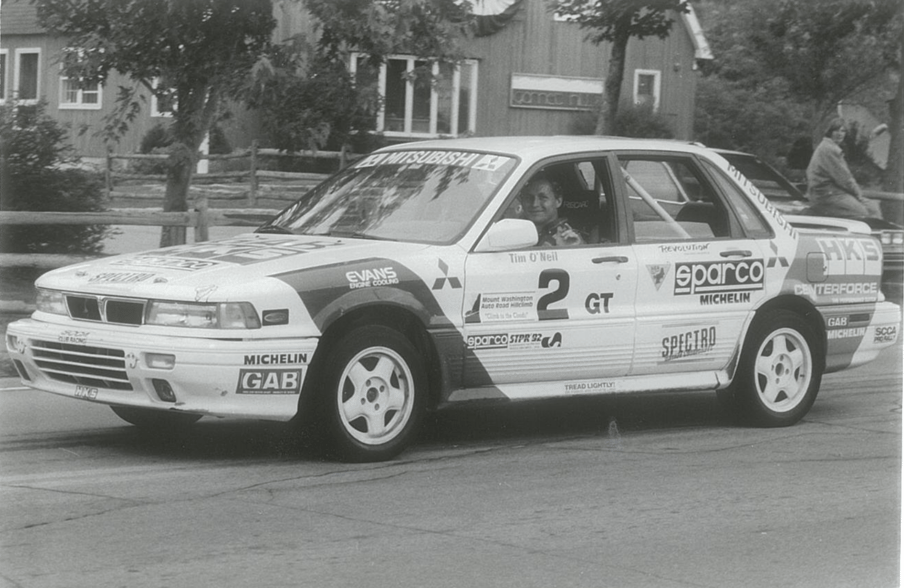 Previously we covered the Audi 4000 Quattro from our historic fleet, check that here: Audi 4000