Intro: To commemorate the 25th Anniversary of Team O’Neil, we want to celebrate the people, memories, experiences and unsung heroes that have made the last quarter of a century of driver training special. Amongst the many unsung heroes are the cars that have made up our extensive fleet of vehicles over the past 25 years. The fleet may have changed and evolved over the years, but the cars have always provided students with diverse vehicle types to put the coaching and instruction to the road and hone their car control skills. To celebrate the cars of Team O’Neil’s past, every month of this year, we will be showcasing a car from our fleet to honor its services to the Team O’Neil students and staff. This month, we are putting the GC and GD generation Subaru Impreza and Impreza WRX in the spotlight.

Subaru Impreza History: The Subaru Impreza story begins in 1992 with the launch of the first generation Impreza, (known internally as the GM, GC, or GF depending on body style) as a replacement for the Subaru Leone. Like its predecessor, the Impreza was a basic economy car platform that came in many different body styles with the all important Subaru hallmarks of a boxer four cylinder powerplant and optional all wheel drive. While these attributes made it unique amongst the other econoboxes of the day, there was a lot more to the appeal of the Impreza than its horizontally opposed motor and drive to all four wheels.

In the ultimate expression of “win on Sunday, sell on Monday,” the Impreza became a performance car icon due to its success in the World Rally Championship. Throughout the 1990s, the Impreza dominated the competition culminating in Subaru taking the manufacturers championship in 1995, 1996, and 1997. At the hands of legendary drivers such as Juha Kankkunen, Carlos Sainz, 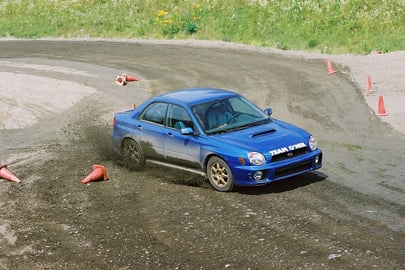 and most notably, a young Scottish driver named Colin McRae, the success of the blue and yellow clad Impreza WRC cars had started a movement.  The victories on the WRC stage spawned many now iconic Subaru models enthusiasts could buy from their dealer. Models like the Impreza WRX, WRX STI, and 2.5 RS became instant sales successes and established Subaru’s reputation as a manufacturer of robust drivers cars with legitimate competition pedigree.

In 2000, the second generation Impreza, the GD, was launched. The new Impreza saw similar success to its predecessor on the WRC and the WRX and 2.5 RS were also given a new lease of life. The GD Impreza WRX became the first WRX to be sold in the US when it hit American showroom floors in 2002. Over the years, the Impreza has continued to evolve with each generation and be incredibly popular with motorsport fans and grassroots rally teams alike. Today, 30 years on from the initial reveal of the first Impreza, it has one of the most dedicated fan bases in the automotive world.

The Subaru Impreza and Impreza WRX at Team O’Neil: The Impreza began its career into the Team O’Neil fleet in the mid 2000s as 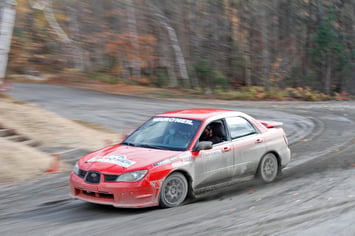 it was slowly phased in to replace the Audi 4000. While the Audis had their old school charm and character, the Impreza was a necessary upgrade as the all wheel drive platform for the next generation of Team O’Neil students. While they fill the same role as the Audi 4000, they offer a very different driving experience. “Compared to the Audi 4000, the Subaru is a better sorted car,” said Team O’Neil instructor Brent Trail. “They are lighter, more maneuverable and more reliable cars overall.”

The Impreza is a crucial part of the Team O’Neil fleet and is used for a wide variety of different training disciplines. From introducing our students to all wheel drive, to giving blossoming rally enthusiasts their first taste of the sport on hot rides around the property, to tactical driver training for security professionals, there is usually an Impreza or WRX in the mix somewhere. The popularity of the Impreza as a grassroots rally and rallycross car means the Imprezas give students representative experience in a car they intend to build and race. The cult following of these cars also means they are always a crowd pleaser with students, especially the WRX. 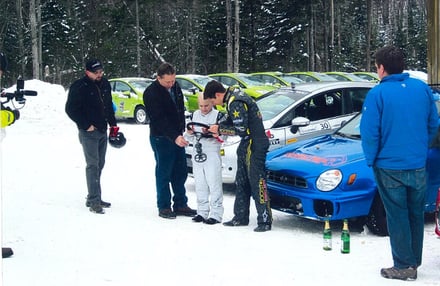 In the eyes of many of our students, the Subaru Impreza is the iconic rally car platform and one they have always wanted to try for themselves. For one particular student, driving an Impreza at Team O’Neil was a very special experience. “About eight years ago, a nine year old with brain cancer wanted to meet Tanner Foust,” recalls Brent. “We painted our number 13 Subaru wagon World Rally Blue and got it looking fancy and we had him and Tanner come up to the school. We taught him how to drive a manual in it, we did a little timed rallycross loop with him and Tanner around the Monty and we had a champagne celebration afterwards. It was a good day.”

As our fleet of Subaru's continues to grow and expand and more and more students drive them in the class, they continue to leave students with valuable memories and help reinforce the Team O’Neil training. For those captivated by Subaru’s motorsports campaign, driving the Impreza on the roads of Team O’Neil using proper rally techniques is an important part of their automotive life. If you want to experience the Subaru in its natural habitat, we’d love to see you at the school and share the experience with you.