A key component at Team O’Neil is our Team.  When you’re out here learning driving techniques you get to work directly with our instructors.  Behind the scenes is our team who work tirelessly to make sure our vehicles are operational and safe for you to learn vehicle control while having a great experience.  Recently, we had our Team O’Neil Drift School at the New Hampshire Motor Speedway, and I got a chance to talk with AJ Young, Team O’Neil Mechanic and Fabricator.  We talked about his role at Team O’Neil, his passions and hobbies, being on the service crew for Vivian Campbell, and drifting. 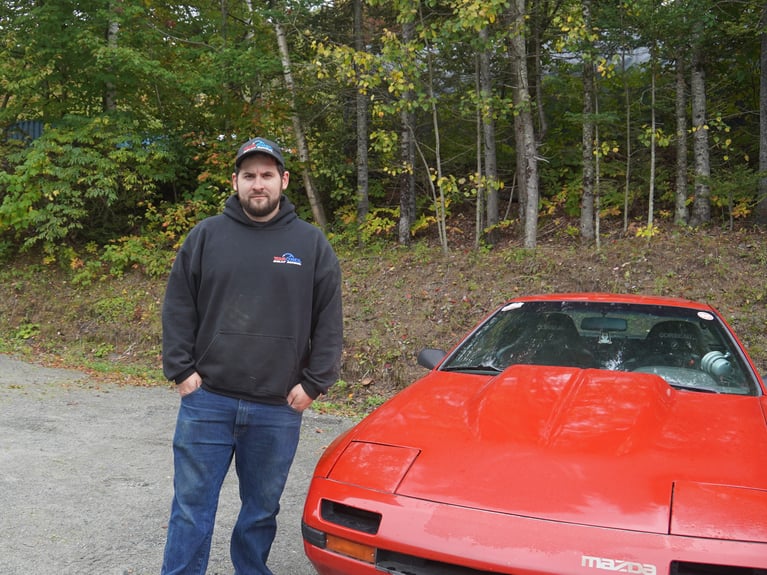 AJ has been with Team O’Neil for over three and half years.  His primary focus is on fabrications and body work on the fleet vehicles.  If you’ve been following our social stories, you may have seen the Ford Fiesta AJ has been working on and the other projects such as fitting in hydraulic hand brakes for the drift cars.  He’s even rebuilt damaged vehicles and ensured our cars are safe and robust for course use at Team O’Neil.  Aside from doing bodywork on the vehicles, AJ also helps as a mechanic and maintains the fleet.

“Team O’Neil is a cool place to work,” AJ has commented “I enjoy it because I’m passionate about cars and motorsports.” His interests aren't just limited to cars, AJ enjoys anything motorized from dirt bikes to snowmobiles and anything else that allows him to get out and enjoy the outdoors.  As for motorsports, he’s really come to love drifting.  “About two years ago instructors Tom and Al introduced me to drift.  [They] Got me into a BMW and I was hooked.” AJ said, “Drift is also an affordable motorsport.  Rally is awesome, but would be more difficult to manage.”

At Team O’Neil Drift School AJ is a mechanic on site and instructor.  At the drift school, students learn the techniques necessary to initiate a drift, maintain a drift, transitions and so much more.  On a good day of shredding tires, AJ would be changing tires and making sure the cars remain in operation.  I asked AJ what his favorite car to drift from the fleet was and he responded “I like them all, but I’m biased towards the G35, I built one.  The Mustangs are fun, but very challenging to drive.”  AJ’s first drift car was a G35.  He had bought it and put in time and effort to dial it in.  Though he no longer owns the car, it’s only within arm’s reach, as this was one of the vehicles bought by Team O’Neil Drift School to join the drift fleet. 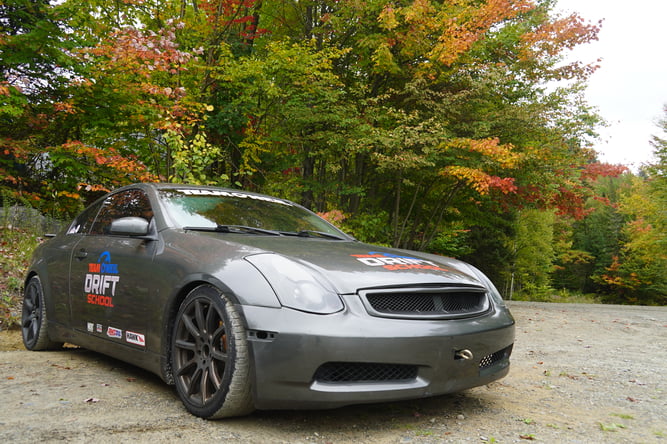 If you’ve seen us tease the red 1987 RX-7 Turbo II on our Instagram Story, that would be AJ’s current project.  AJ has swapped the original boosted rotary power plant for an LS V8 (5.3 LM7).  AJ had owned the LS engine for some time and when the opportunity came to put it into a shell, the RX-7 was the best option.  He tinkered on it for over a year and recently got it running.  “My goal is to get it dialed in, build a roll cage, do some bodywork and paint it.”  The RX-7 is currently on fully adjustable coilovers, has an aftermarket tall-hydraulic-handbrake, dual rear calipers, custom steering angle kit, and a FiTech standalone engine management. 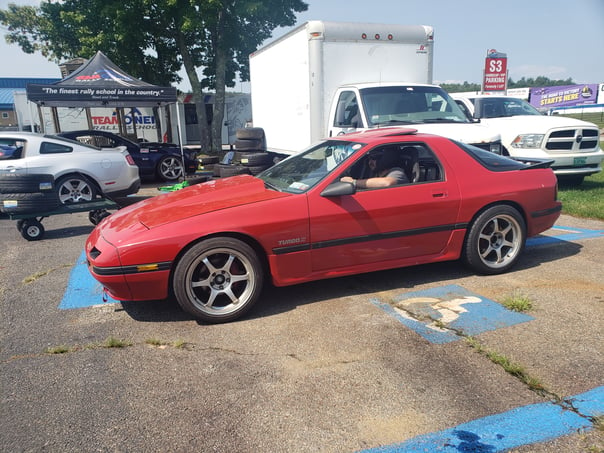 AJ’s work isn’t limited to the Team O’Neil property. At the New England Forest Rally, Team O’Neil had Vivian Campbell (guitarist of Def Leppard and other bands) competing and AJ supported as a member of his service crew.  This was his 2nd time being a motorsport mechanic, with his first supporting Tim O’Neil, previously.  “The experience being a motorsports mechanic is different, but a good switch up.”  AJ commented.  At the rally school there are projects that are always being worked on, but at the rally the pace was a limited amount of time to do an extensive amount of work, so you had to prepare in advance.  AJ explained there was a preparation phase, and then once you completed the preparations for the return of the car, it was waiting and checking the app to make sure the car was still on the road and competing.  “Once the car comes back to service, it was working hard and fast to make sure it went back out on time, in a short time.” 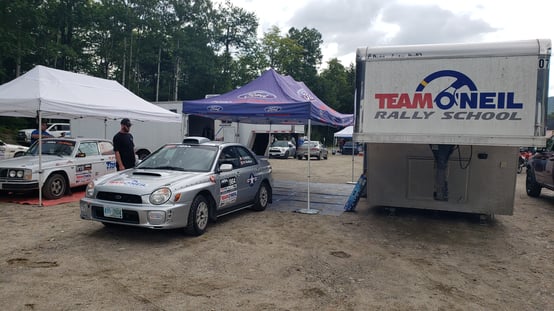 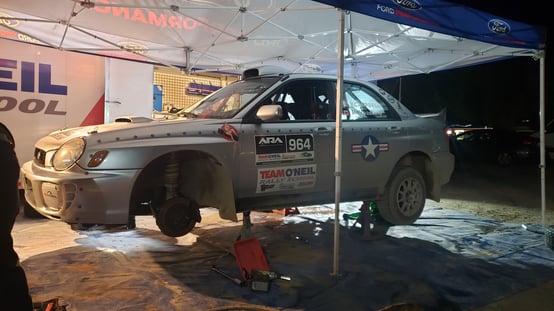 We ended our chat with me asking about AJ’s best day at Team O’Neil.  After thinking about it for a few seconds, AJ smiled and said, “It was day 5 of the Team O’Neil Rally School.”   Working for Team O’Neil, the staff would be able to attend the 5-Day Rally School to gain firsthand customer experience.  “I’ve known of Team O’Neil for a very long time, as a kid I always wanted to attend the Rally School, but that was out of reach.  Joining the team made that dream come true.  It was awesome.” 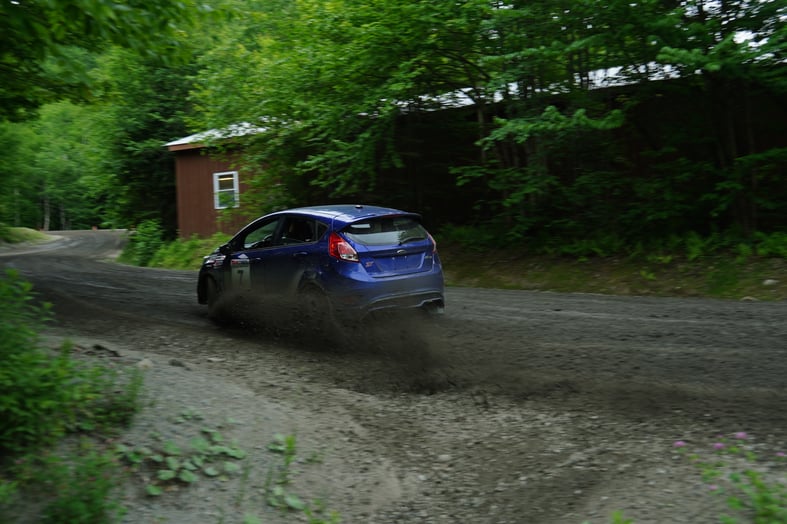 From someone who enjoys cars, going fast, going sideways, and genuinely loves motorsports and driving, AJ has this piece of advice for anyone looking to come join us at either of our Schools (Rally or Drift).  “Don’t get into your own head, take a step back and don’t overthink it.  It’ll come more naturally.”

We want to provide you with the best training and give you your best experience.

To read on our previous Team Highlight with Brent: Brent Trail, Lead Instructor

To read more of our blogs: Team O'Neil Blog

Remember to visit us at: Team O'Neil