This month we started off at SEMA and then returned to spend time with our friends from Monster Energy at Team O’Neil Rally School.  This is all possible in large part due to the efforts of our Business Manager, Karl Stone.  Karl has been a main point of contact with our partners in the recent years and most importantly our customers.  After the busy first half of November, I got time to chat with Karl about his time at Team O’Neil, his passion, hobbies, and other interesting topics. 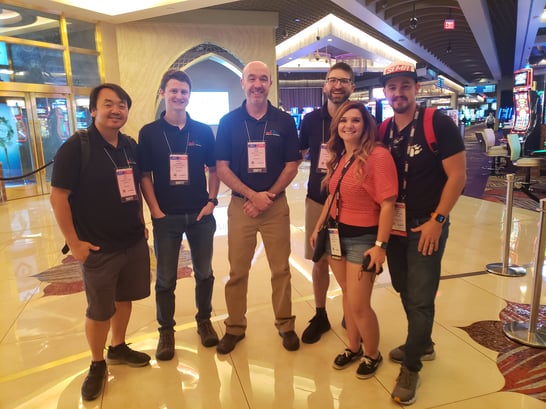 Karl grew up in Northern Delaware and Central PA.  His family provided motorsports and automotive influences with his father and grandfather being involved in racing.  With that influence, as a child he got to race quarter midgets and go karts for several years. Around the age of 10 Karl saved up money and purchased his first RC car, a Tamiya Frog.  He spent his free time tinkering on the RC, teaching him vehicle dynamics and mechanics.  “I enjoyed RC cars because they were affordable and accessible to me as a kid. You’re the owner, mechanic and driver all in one” He’s still involved in tinkering with RC cars and even competes in RC racing occasionally.

So how did Karl Stone end up at Team O’Neil?  Through skiing.  To be specific, it wasn’t just skiing, but how skiing led Karl to Team O’Neil.  He’s been skiing for over 30 years and worked in the industry for 15 years.  Karl was able to visit many ski areas across the country for work and did some ski photography as well.  “I found that surrounding myself with talented people helped improve me and get better at the sport.”  The combination of photographing skiers in action also translated well when it came to shooting rally cars in action.  Karl was no stranger to what rallying was and knowing Team O’Neil was local, Karl took that opportunity to shoot photography at the school and got to know the team.  In 2016, Karl joined the staff of Team O’Neil.

Since joining Team O’Neil Karl’s been an integral part in managing marketing, partnerships, the customer experience, and when needed, instructing as well.  “I enjoy the opportunity to work at a place I love and am proud of. Anyone who has attended the school has seen how hard the entire staff works, which helps you motivate on a daily basis.”  This love extends beyond just the work atmosphere and it’s core, but also to the geographical location in the U.S.  “I’m happy I can live and raise my family in this part of the country.”

We’ve touched on a few of Karl’s passions and hobbies already, but for the car enthusiasts, Karl is an owner of a 1992 Nissan Sentra SE-R, powered by an SR20DE.  The car is stock (minus the wheels) and rust free.  The B13 platform has always been a favorite for Karl and it was just one of those vehicles that he connected with, “It was a car that I was a fan of from my younger days and college.  It was something that had a cult following and was attainable.”  The vehicle isn’t used for motorsports, but for pure love of driving, “I store it for the winter and enjoy it in the summer months.”  For now there are no big plans for the car, but Karl commonly jokes “Maybe you’ll see it on Bring A Trailer, everything has a price, especially a Sentra.”

As for our school cars, his favorite is the Fiesta ST.  We start our students in standard naturally aspirated Ford Fiestas.  In this platform we teach the fundamentals such as left foot braking, braking in the turn, weight transfer, pendulum turns, and more.  We eventually move through AWD and RWD cars and then into our Turbo AWD and Turbo FWD.  Through improving his driving in the FWD Fiesta it’s increased Karl’s driving capabilities.  “Getting comfortable in front wheel drive on the Team O’Neil roads makes driving a car like the ST to its potential, extremely fun.”

This leads to Karl’s driving philosophy.  In the modern day, vehicle technology has produced so many fast cars but most people lack the ability to drive the car to its potential.  Karl embraces an idea that we teach at Team O’Neil, “Learn in a modest car to hone your skills before deciding to push it in a faster car without the skills necessary to drive it properly.”  To Karl, there is also an enjoyable factor in driving understated cars. 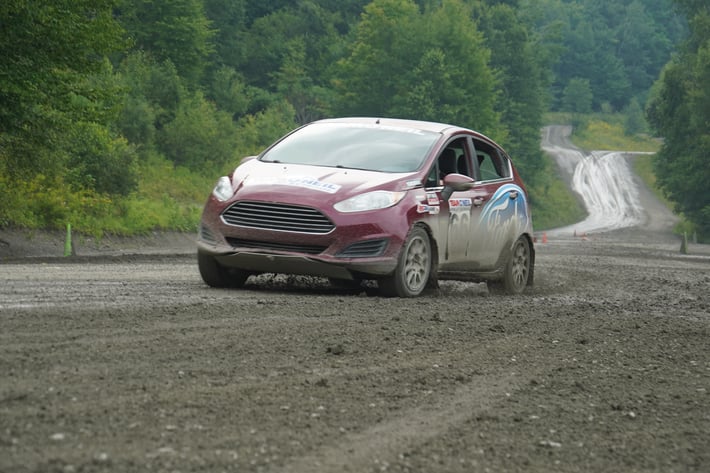 As we approached the end of our conversation, I asked Karl about his best day at Team O’Neil.  "It had to be, completing the Team O’Neil 5-Day Rally School."  This was the success of learning our training program and understanding why it is such a great product.  It also added to Karl’s love for being a part of the Team O’Neil family.

If you’ve been thinking about coming out to Team O’Neil check out some of our resources and put your trust in us that we will deliver you a great and fun learning experience.  If you worry that learning in the Fiesta won’t fulfil your need for speed, here’s what Karl’s got to say, “Don’t worry about driving fast, at least initially.  Concentrate on absorbing the techniques of car control and the speed will follow.” 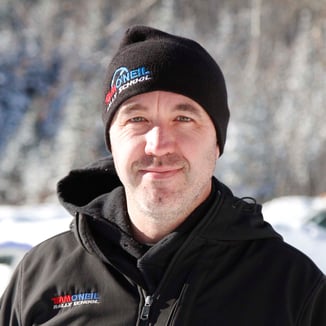 To read on our previous Team Highlight with AJ: Click Here

To read on our previous Team Highlight with Brent: Click Here

Remember to visit us at: TeamONeil.com