As we approached the Holiday we took some time to sit down and talk to Josh Guay, our Fleet Recon Lead.  Josh has been with Team O’Neil for four years and wears multiple hats.  His primary role is making sure the vehicles are ready for the mechanics to work on and presentable for students when they arrive to drive.  “I take pride in what I do, because I want the students to have a great experience.” Josh is also one of Team O’Neil’s drivers with a Commercial Driver’s License (CDL).  With his CDL he tows Team O’Neil vehicles and trailers to events and the Drift School, where he is also an Instructor.  He currently resides in Littleton with his girlfriend Cassandra and their dog Pablo, just a short ten-minute drive from Team O’Neil. 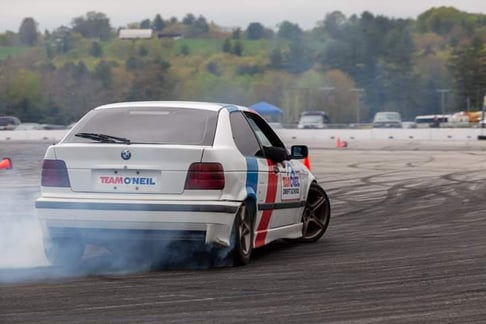 Josh grew up in Groveton, New Hampshire, about a half hour north from the Team O’Neil Rally School.  There he grew up right next to the local race track, Riverside Speedway.  This gave him the opportunity to watch the races on the weekends, as being a neighbor of the racetrack allowed his family to have free season passes.  At the age of 5, Josh went to his first NASCAR race at New Hampshire Motor Speedway.  With these formative motorsports experiences early on in Josh’s life, his love of racing certainly doesn’t come as a shock.

Growing up Josh was a fan of the X Games, specifically rally driving stars such as Travis Pastrana, Ken Block, and Dave Mirra.  When Josh was 18, he heard the drivers were in town from a friend who was working at the Mountain View Grand Hotel.  “I wanted to find out why these guys were here?  Why were they in Northern New Hampshire? So, I did some research and found out about Team O’Neil.” Josh commented.  “Since then, it became a goal in the back of my mind.  I wanted to work at Team O’Neil.” 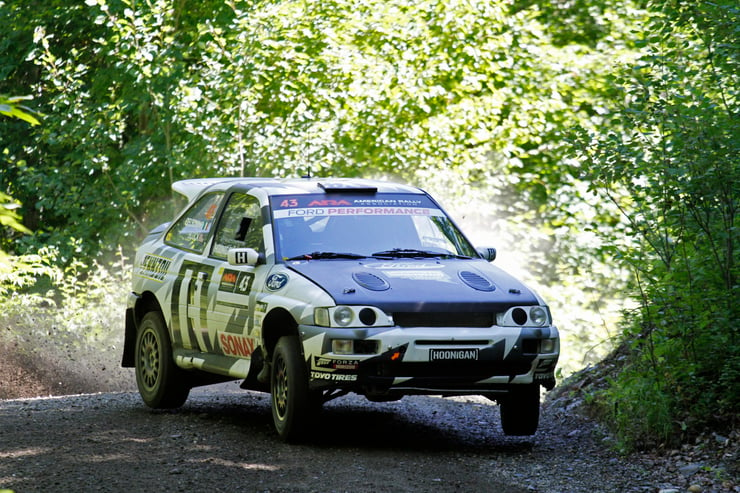 Fast forward to 2018, Josh had been working at a local ski area for many years and heard from a mutual friend, who worked at Team O’Neil, that there was a position available.  Josh’s girlfriend informed him, and he contacted Team O’Neil.  He was brought on for a few days of trial and shortly after was offered to join on at Team O’Neil.

In addition to his love of motorsports, Josh loves live music and following his favorite band, Goose; a small band from Connecticut that Josh has followed in their rise. “It’s been cool to see them and I’ve been to 15 of their shows just in the past year.”  Going to live concerts, playing golf, and doing a little bit of skiing in the winter are just a few of his hobbies.  This next one is closely connected to his love of motorsports and may really interest many of you, sim racing. 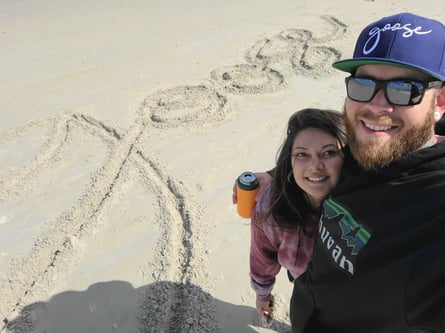 When asked how he got into sim racing, he responded “One day I just decided to buy a nice force feedback steering wheel for my PS3.”  This changed everything from playing a driving game from a controller, to now driving in the driving game.  “I started sim way before ever coming to Team O’Neil, I played PlayStation titles such as Dirt, WRC, and Gran Tourismo.”  But it wasn’t until after Team O’Neil major improvements took place.  “Once I went through the 5-Day Rally School here at Team O’Neil, it drastically improved my driving skills.” He explained, “I learned the differences in the driving platform, left foot brake, and the different loose surface driving techniques.  I went from guessing how to drive, to now using the techniques to drive.”

As we talked about sim racing and how his experience with Team O’Neil has helped him, he mentioned other challenges he dealt with in sim.  “In an actual car when you’re driving you can feel the weight transfer.  In the game you can’t.”  At least not with his rig setup. “So I drive it with behind the car view, so I can see the weight transfer, it’s the same thing Petter and Oliver Solberg does.” He also provided an additional advice, “A real good investment is having a nice force feedback wheel to help you understand the road surface, so you can properly drive to those conditions.”

Growing up with motorsports in his backyard, Josh’s love for cars and driving blossomed further when Josh was 16, driving around his 1998 Chevy Camaro. Going sideways on snow covered roads in his rear wheel drive Camaro, ignited a passion for going sideways. This new found love was reinforced on the big screen through the Fast and Furious franchise and video games such as Need for Speed Carbon.  “I was interested in drifting, but I didn’t think it was possible for me to actually do it.”  He still owns the Camaro to possibly build it into a drift car in the future. 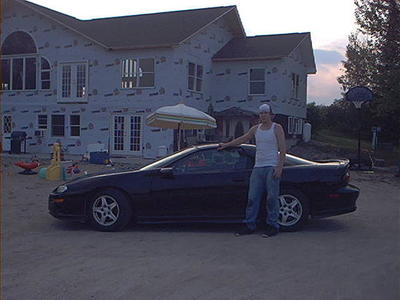 During Josh's first summer at Team O’Neil, Drift Instructor Al Moody asked if Josh wanted to go help change tires for the Team O’Neil Drift School at New Hampshire Motor Speedway in Loudon, New Hampshire.  Josh agreed and overtime, he gained seat time and was given the opportunity to be an instructor for Team O’Neil Drift School.  For the last two years, Josh has enjoyed his role as a drift instructor.  “When you’re in the middle of a drift, finding the sweet spot as it slides perfectly, you hear those tires, and your adrenaline is pumping like crazy, that’s an awesome feeling.” He spoke about drifting.

Josh currently doesn’t own any project cars.  He does however, daily drive a Subaru Crosstrek that he’s personalized with minor modifications including changing wheels to a set of Enkei, added a Borla muffler, and Rally Armor mud flaps.  He enjoys his car as it’s reliable and necessary for his daily activities.  Formerly, Josh did own a BMW E36 he was working to make into a proper drift car, but decided he was not ready for that commitment.  Since then he’s enjoyed drifting in the Team O’Neil Drift fleet during the Team O’Neil Drift School.  His favorite school cars are the 04 Subaru Impreza WRX Sedan for rally and the BMW 1 series for drift. 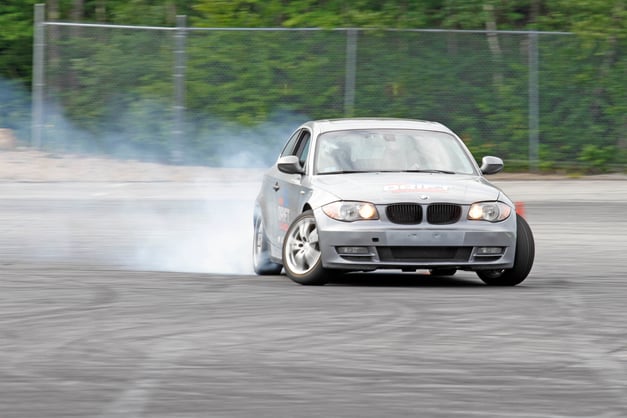 Through his 4 years of working at Team O’Neil, Josh says some of his best memories are having top name drivers like Ken Block and David Higgins testing on the property.  “It’s cool to see those big name guys come and rip around here.”  This year offered another cool memory when Ken Block came back to test at Team O’Neil and brought Jax Redline out to train this summer.

Aside from being able to witness top drivers drive at Team O’Neil, one of Josh’s favorite aspects about working at Team O’Neil is the team environment.  “The environment here is chill, we all enjoy what we do.  It’s not just the fact that this is a rally school, but that we are a team.  We’re all trying to achieve the same goals.  We have a great team and I enjoy being on this team.”

Josh said, “My best days at Team O’Neil would have to be hands down, the 5-Day Rally School.”  It taught him valuable driving skills and was a humbling experience.  “I never thought I’d be able to do it in my life.  I keep the 5 Day Certificate above my sim rig screen in my living room.”  When you work at the rally school, you want the rally school experience.  It is one of the awesome things that we do for our staff, providing them with this experience.  This experience allows the team to understand the customer experience and how we contribute to delivering the best for that experience. 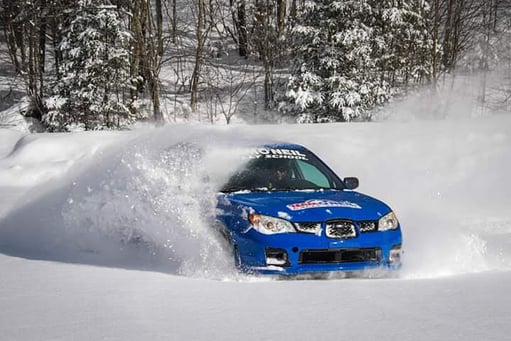 As we neared the end of our conversation, Josh noted that Team O’Neil helped him with a personal goal of being not only a better worker, but a better person.  “I used to be a troublemaker as a kid, but I enjoy working here.  I take pride in what I do and working for Team O’Neil.  I’m committed to that, being here keeps me focused.  I don’t have time to get in trouble.”

We ended off with a word for those who may be thinking about coming to Team O’Neil.  “Go for it, do it.  To have the skills, the vehicle control, it’s worth every penny. Even if it’s our Winter Safe driving course.  We all drive and having that skill to be able to drive effectively and safely is very important.” 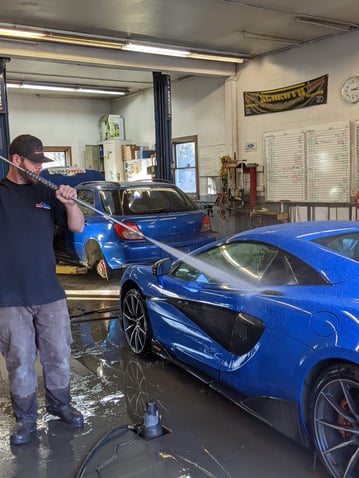 For our Driving Schools:

To read our previous Team Highlight with Karl: Click Here

To read our previous Team Highlight with AJ: Click Here

To read our previous Team Highlight with Brent: Click Here

Remember to visit us at: TeamONeil.com